As far as the Scots breakfast goes - we're confident it is up there as the best of the brunch (pun intended). But as highlanders ourselves, we could be biased. But, there is nothing better than a full Scottish breakfast before taking on a Munro or two. Fit for a Laird (Scottish Lord)!

So, we wanted to pitch you our version of the best scots breakfast - and what is generally considered traditional north of Carlisle.

The foundations of all full Scottish breakfasts remain similar to the full English - only with one or two additions that are traditional foods here in Scotland. You will expect to see mushrooms (often fried in butter and seasons with pepper), bacon, grilled tomato, baked beans and eggs. 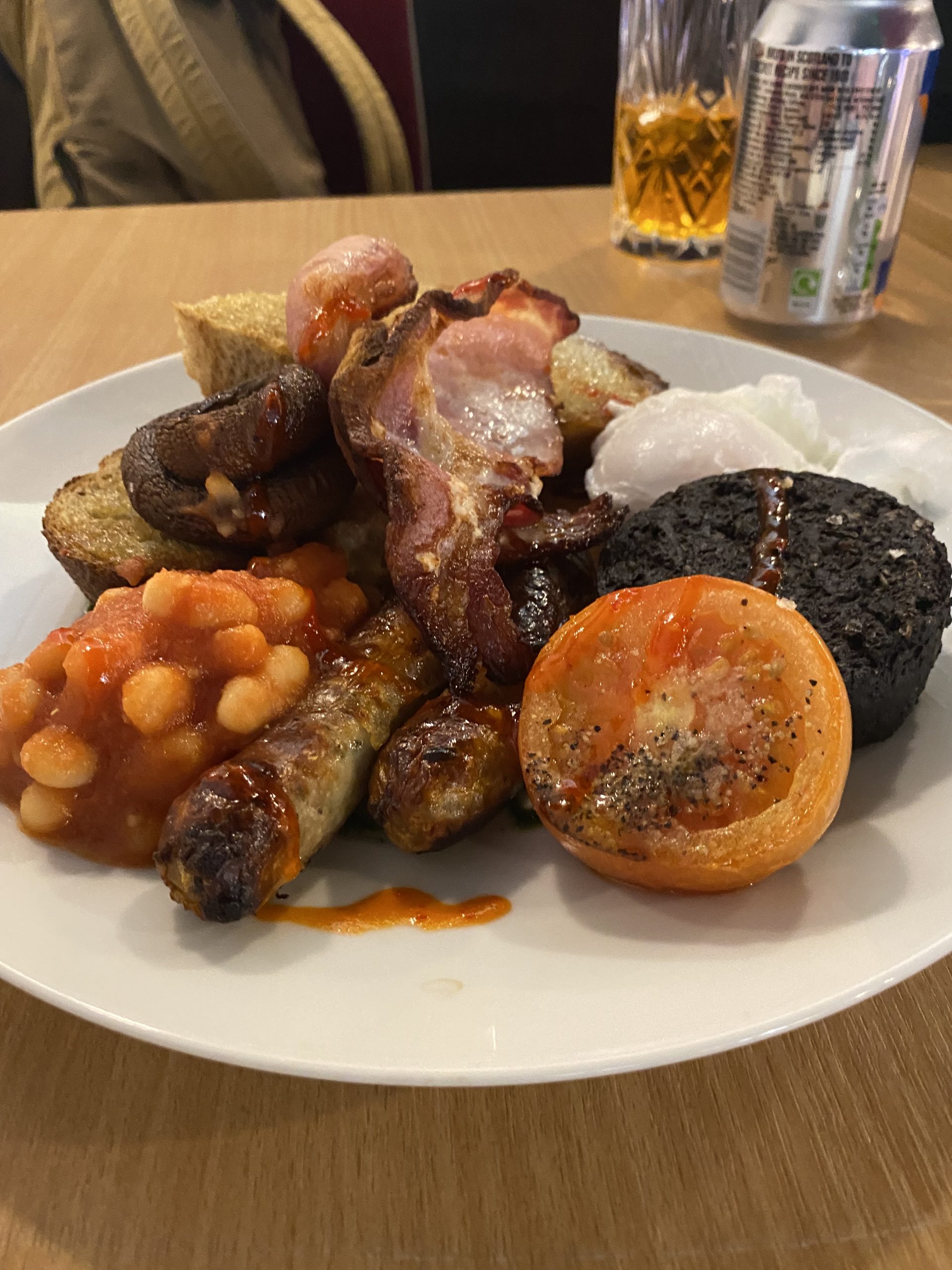 The more common of the two is black pudding, but a white pudding is also a very traditional addition to any good scots breakfast.

Black pudding is not unique to Scotland, but the Scottish black pudding is something to behold. When you hear what it is, you may be put off, but I can assure you that it is one of the best things you can find on your plate. A black pudding is simply a mixture of pig, beef or sheep blood, animal fat, barley and oatmeal - often with seasoning and spices (kept secret depending on the producer). The pudding is then stuffed in the intestines, steamed and hung. The result is a wonderful rick, slightly soft slice of pure flavour. Some consider black pudding a superfood.

A white pudding (or mealy pudding) is almost exactly the same as black pudding in its production, but it does not contain blood and the fat comes in the form of suet. There is no hard and fast rule on what the white pudding contains but most that we have ever seen are sweetened and contain currents and raisins. The white pudding is fairly rare, but you'll see it on occasion.

A question you're likely to be asked is: 'Link or Square!?'. This refers to the type of sausage you want. Lorne Sausage is traditionally square and is sausage meat, which has been flavoured with spices and fried on both sides.

The origin of the Lorne sausage goes back to the 1800's but the origin is unclear. It is traditionally eaten in a roll or sandwich and was eaten regularly by dock and factory workers. The sausage is produced using either beef, pork or a mixture of both, and is not put into a casing, but into a tin where it can hold its shape.

The Lorne is a bridge too far for many - but it is an essential addition to your bacon roll.

Potato bread is not unique to Scotland, but the potato scone on a full breakfast is. The quintessential scots breakfast often includes one, or many, triangle slices of tattie (potato) scone. A tattie scone is made from a mixture of mashed potato, flour, butter and salt.

Although the scone can be eaten with just butter, it is traditional to fry the scones on both sides and put the egg on top. The scone should be crispy on the outside, and fluffy, buttery and fantastic on the inside.

The most famous of Scottish foods is Haggis. This is another addition that makes a full breakfast - a Scottish breakfast. Haggis, despite the popular myth that it is an animal, is a sheep intestine stuffed with offal, spices, oats and barley and steamed.

The thought of haggis isn't great but the flavour is spectacular.

When I was a wee one, I remember my father would buy 'Scots Oat Porridge' - even when we lived in England. To him, it was the only way to fuel yourself properly, and now I have lived in Scotland for many more years I understand why. When it is dark, rainy and cold in winter, there is nothing better to start your day than a warm bowl of thick porridge to coat your bones.

The only thing is a Scot's breakfast is never sweet. While many around the UK will add honey, syrup or sugar to their porridge, it is traditional to add salt into your Porridge in Scotland.

The second thing to avoid is ready-made porridge. That is too thin and watery. A true Scottish porridge is thick, heavy and full of energy. We have a little recipe for one here.