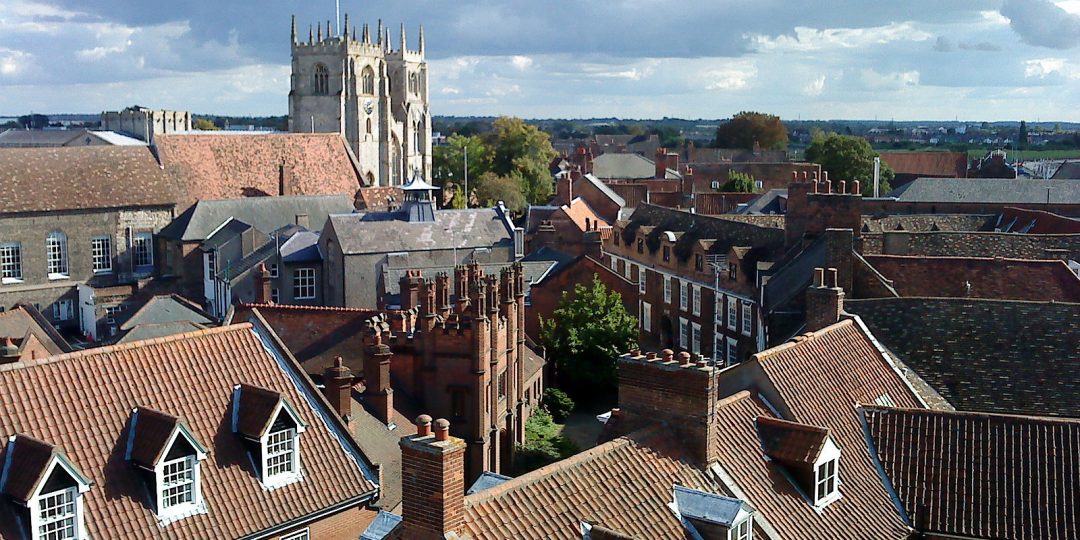 If history is your thing, then a visit to King's Lynn shouldn't be missed. Despite not being a large place, King's Lynn is packed with interesting historical buildings - it's actually home to more than 481 listed buildings. It's also a market town through and through, and it is believed that the first market held in King's Lynn took place at the start of the 12th century.

We wanted to highlight what there is to see and do in King's Lynn, all updated for 2022. Let's get into the guide:

Where is King's Lynn?

Let's, first of all, establish where King's Lynn is. You'll find the town in North West Norfolk, 30 miles northeast of Peterborough. You're only around 90 miles north of London, and about a 45-minute drive south to Ely. The town lies along the estuary of the River Ouse. It's the third-largest town in Norfolk and is easy to get to via car or train/bus links. 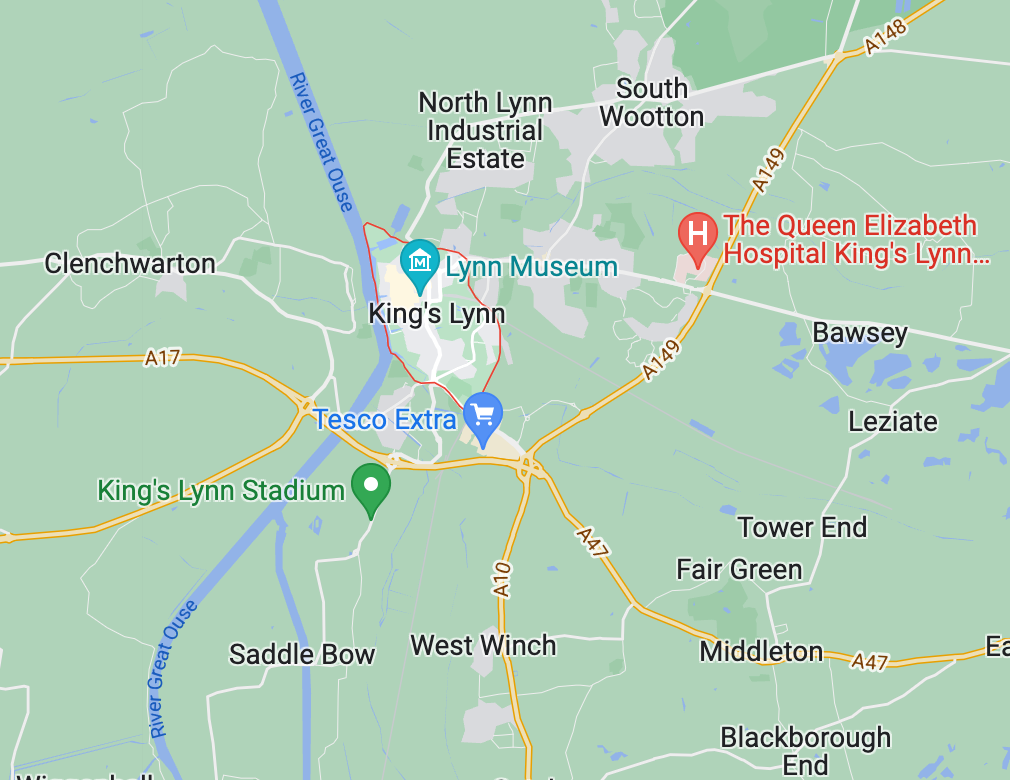 What is there to do during your time in King's Lynn?

King's Lynn is a great place to visit, here are some of our favourite things for you to check out:

If you ask locals what their favourite building in King's Lynn is, there's a chance they'll mention The Custom House. This 17th-century building overlooks the medieval harbour and attracts architectural interest from around the world. The building was used as a merchant's exchange, but it isn't really the history of the building which attracts such interest - it's the design. The Custom House has actually been described by some architectural historians as one of the most perfect buildings ever built. See it for yourself and let us know what you think! 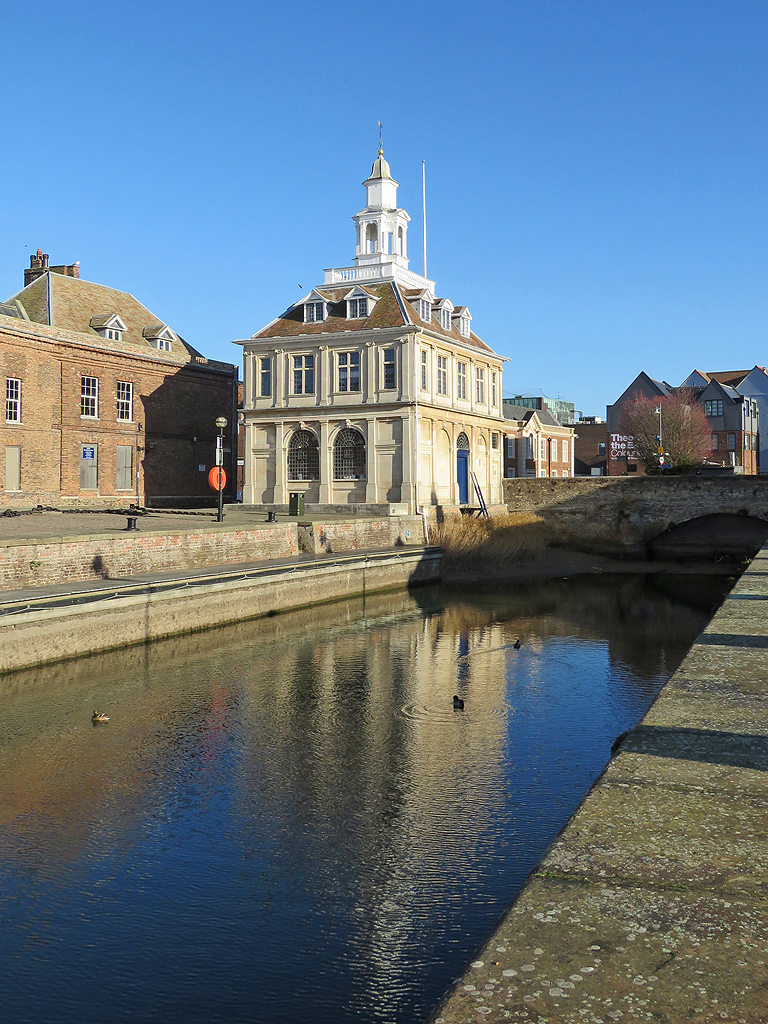 This is quite a remarkable location in King's Lynn, not just because of the information you'll find there but also because of the way it is run - almost entirely by volunteers. This museum is a celebration of the fishing community in King's Lynn, but even if fishing isn't your interest then this is simply a fascinating place to visit to learn more about the local history. You'll learn about the families that lived and worked in the old fishing quarter, and you can also take a look at the last 2 fisherfolk cottages in the town, as well as an original Victorian smokehouse, and more.
Learn more about the museum here - truesyard.co.uk

Considering the size of King's Lynn, it's very impressive that the town is home to such a large, beautiful church. Originally built in the 12th century, this church is often called 'St. Margaret’s' by locals as it was originally the Church of St Margaret of Antioch. Not a huge amount remains of the original church as much of it has been rebuilt, but this is still a very lovely place to visit or to admire from a distance. Interestingly, the church doesn't have a spire - it fell off during a storm almost 200 years ago and was never replaced! Keep an eye out for the stained glass windows and the impressive church organ. If you'd like to learn more about the church, head here - kingslynnminster.org 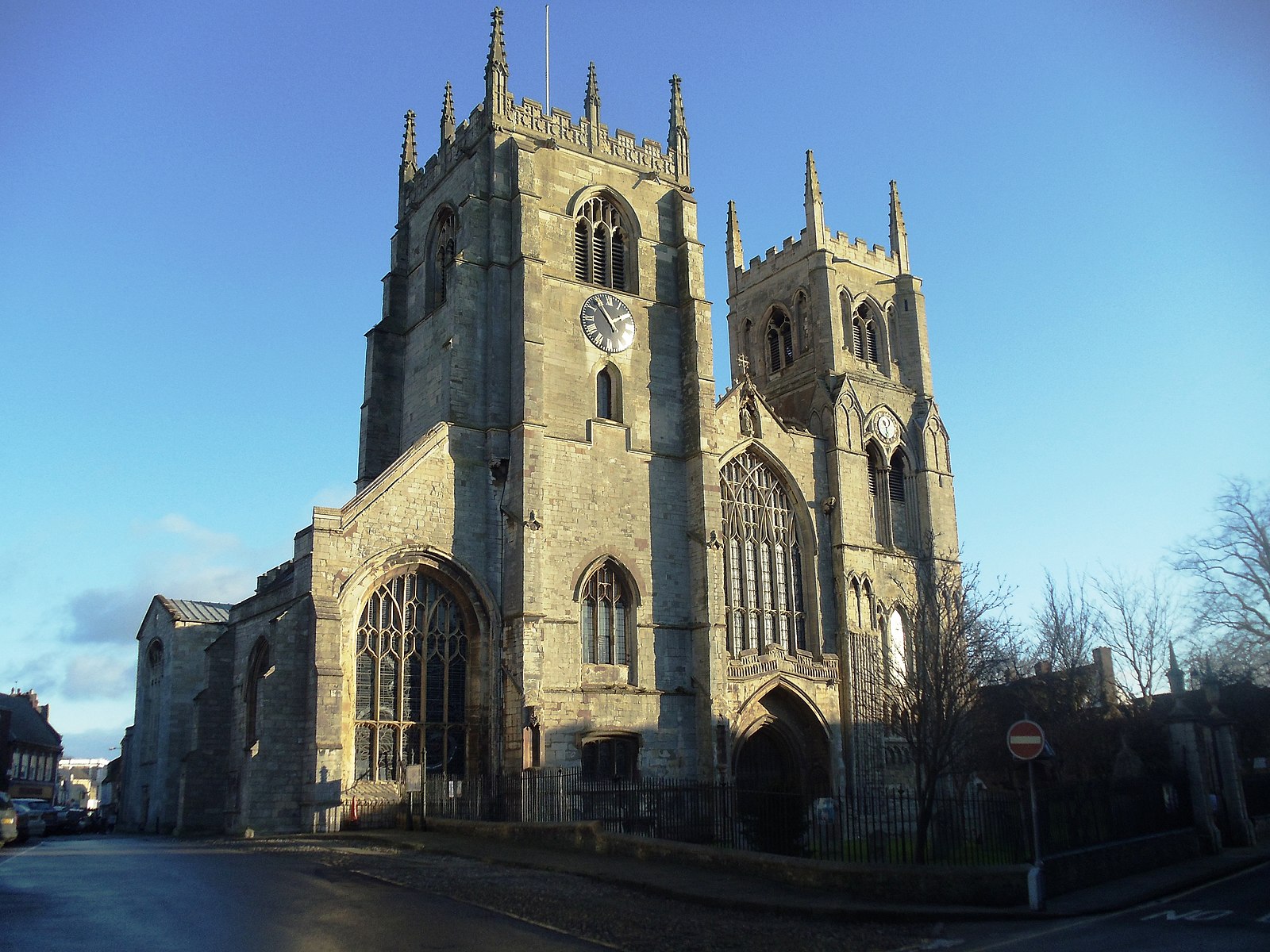 St Margaret's might be the best-known church in King's Lynn, but definitely don't miss out on a visit to St Nicholas' Chapel - as the largest Chapel of Ease in England, it has an important place in the history of the country and is equally as great to visit. The chapel is impressive from the outside (particularly the 19th-century spire), but it's inside the chapel which will really blow you away. The chapel is famous for its 'angel roof', which consists of 24 oak statues of angels attached to beams above the windows. The spread eagle brass lectern is also very impressive, and is one of only 45 in England dating from before the English Reformation. The huge windows flood the chapel with light, giving it quite a surreal feeling. Don't say it too loudly, but we think we actually prefer this chapel to the Minster. Learn more about the chapel here - stnicholaskingslynn.org.uk 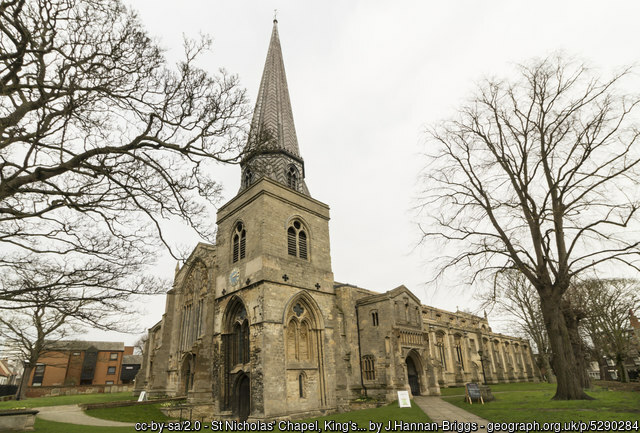 Lynn Museum has to be one of the best local museums in the country - plus, it is free to enter almost the entire year round. There are a number of excellent things to see at the museum, but the standout section is Seahenge. The remains of this strange timber circle date back to the Early Bronze Age, and despite much research the purpose of Seahenge is still unknown. Learn more about the museum here - museums.norfolk.gov.uk 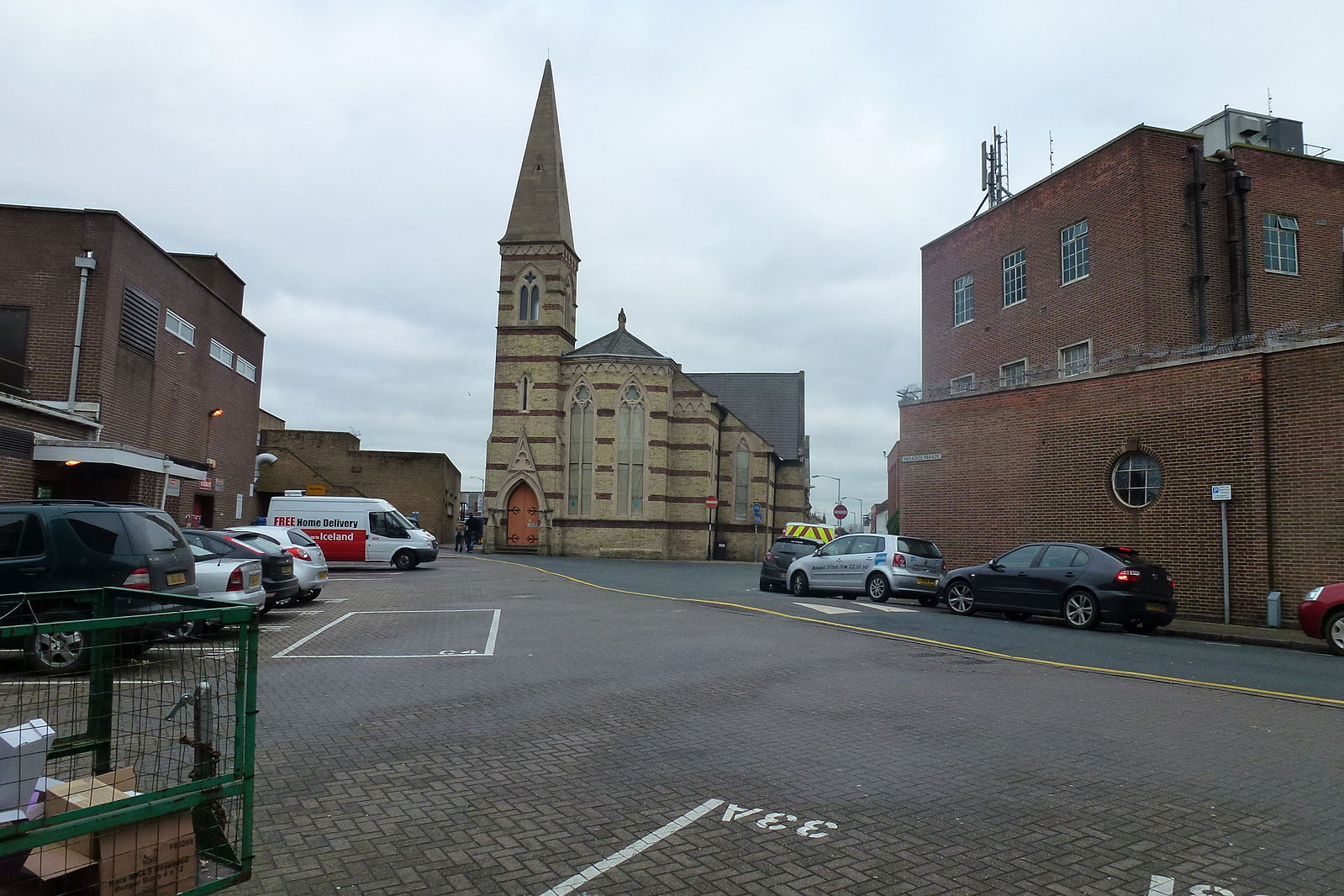 Often referred to as 'the leaning tower of Lynn' by locals, Greyfriar's Tower is quite an interesting piece of local history. It is one of only three surviving Franciscan monastery towers in England and is generally considered to be the best-looking of the bunch. This Grade I listed building doesn't really have any visitor setup, it's more a building to admire from a bit of a distance, although there are some plaques on the site which provide a bit more background information.
The local nickname refers to the fact that the tower does lean slightly - At its worst, the lean was 67.5 centimetres. Not quite to the same degree as the tower of Pisa, but certainly notable. 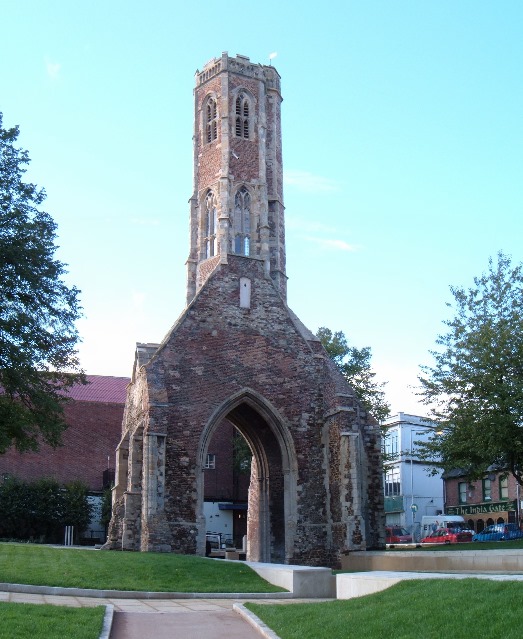 This Grade 1 listed building is best known for being a theatre where Shakespeare himself performed - the only theatre in the world that can claim this. This is also the largest surviving medieval Guildhall and the oldest working theatre in the whole of the UK. It is well worth a visit, particularly if there is a show on. Learn more about this building, which is now managed by The National Trust, here - nationaltrust.org.uk 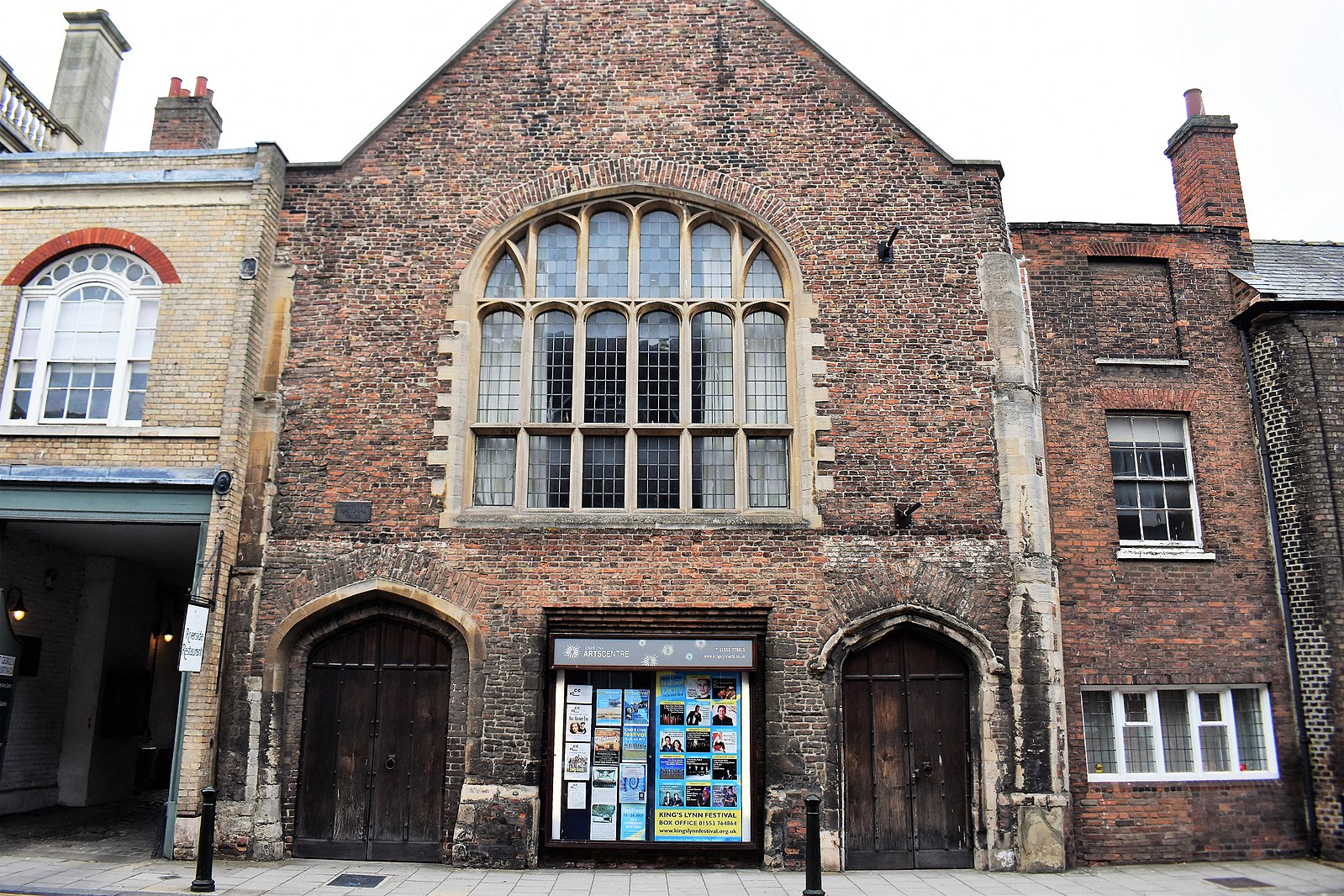 Marriott’s Warehouse was built in the 16th century, and is a fascinating part of King's Lynn history. Originally used as a warehouse for corn, salt, and wine, it has now been converted into a cafe/restaurant. However, what we love about the building is that it retains much of the original charm of the building, and there is even a display upstairs all about the history of King’s Lynn and a miniature model of the town. This Grade II building is well worth a visit during your trip, learn more here - marriottswarehouse.co.uk 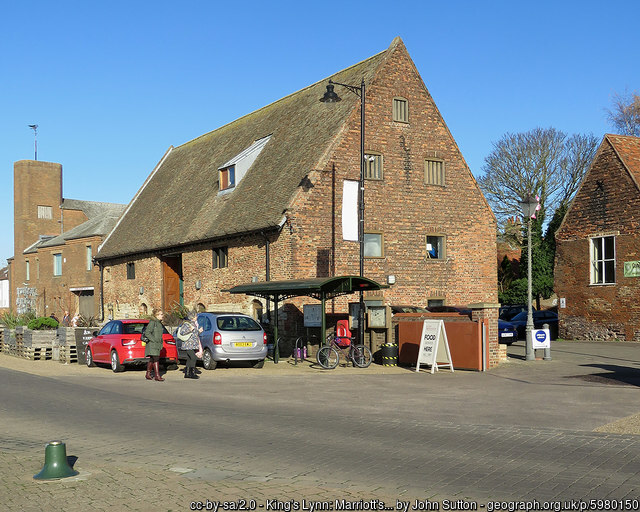 If you're looking for something a bit different to do during your time in King's Lynn and you feel up to a bit of a challenge, then we recommend heading on the Peter Scott Walk. Named after the British conservationist who was the only child of Antarctic explorer Captain Scott, this 10 mile route takes you along the old sea bank at King’s Lynn, all the way to the Peter Scott lighthouse in Lincolnshire. It'll take a few hours and you might like to get a bus or taxi back rather than walking, but we think it is worth it. Learn more here - ldwa.org.uk 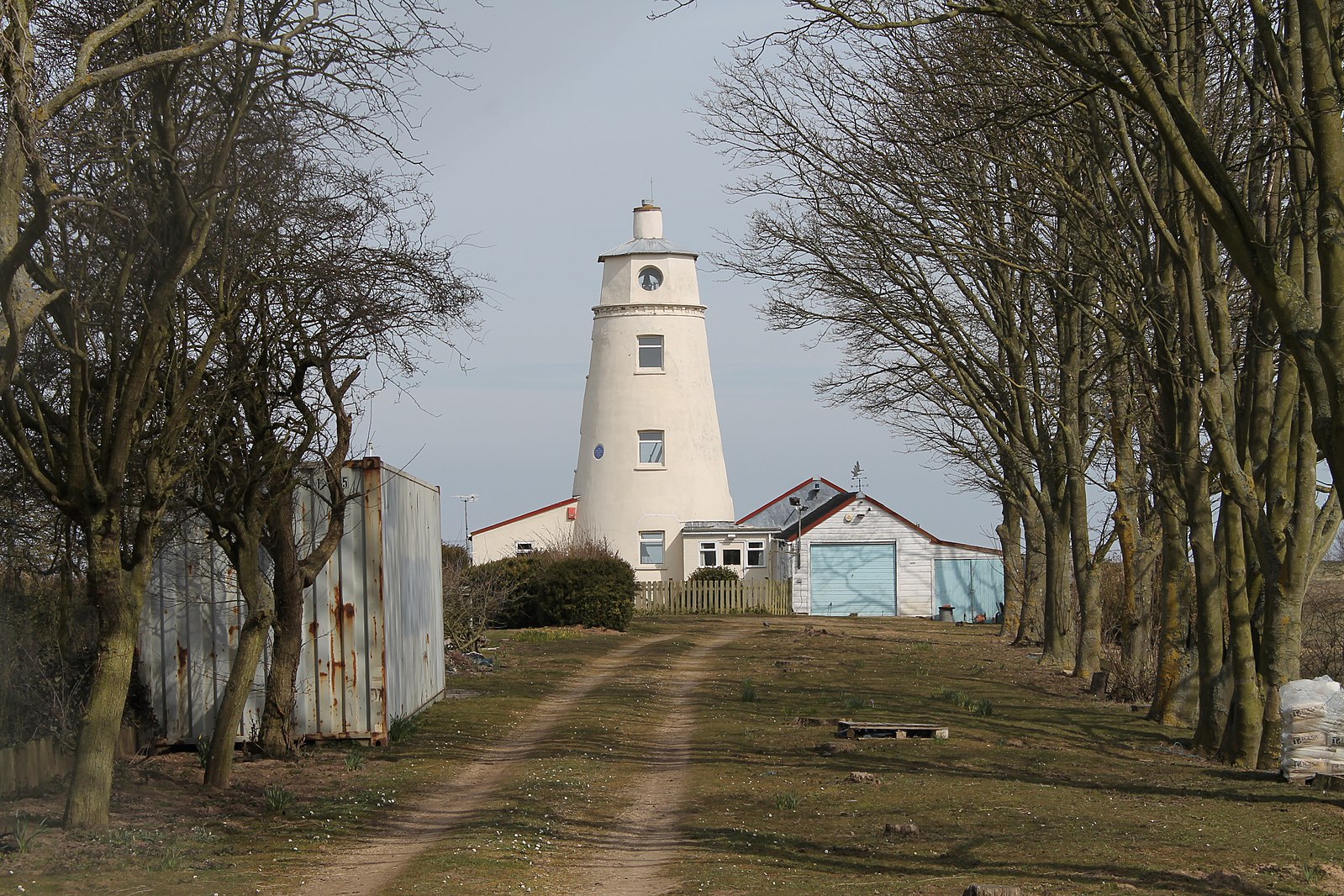 Things to be aware of before visiting King's Lynn

Like we mentioned previously, King's Lynn is quite a small place so despite having a lot to see and do, you could quite easily cover most of the things we've included in this list within a day (albeit, a busy day). It's worth travelling to some of the nearby towns if you're looking for other interesting things to do such as Grimston, which is only 6 miles northeast and is home to the remains of Roman villas (plus it has some great pubs!)

Also, if you want to impress locals then you should mention the 'Monster Cod' (no, we're not talking about fish and chips). Apparently, the bones of a large fish were once discovered in the town centre, with the bones suggesting that the fish was more than 50 inches long. For reference, the average cod is less than 20 inches long!

If you enjoyed this guide, check out our other guides about places to visit in England including the Yorkshire 3 Peaks, the Yorkshire Dales National Park, and the North York Moors.