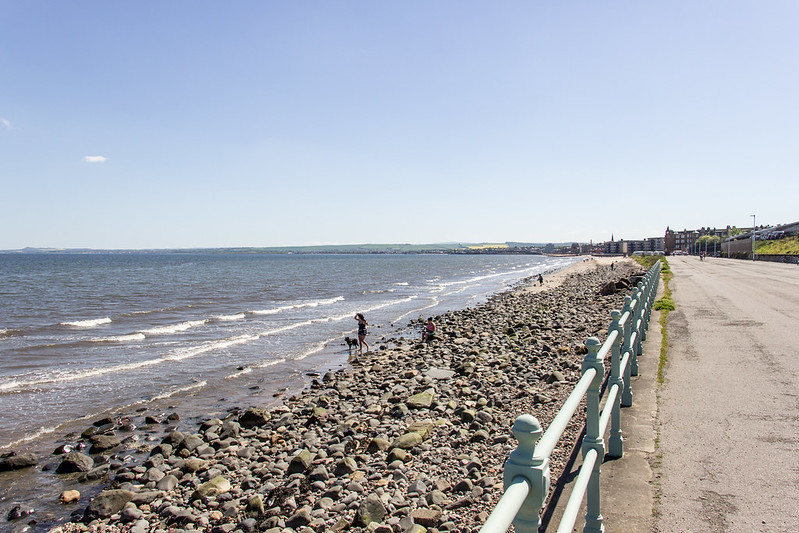 Edinburgh is an amazing city - certainly one of the best in Europe. Many visitors want to visit the beach during their time in Scotland's capital, and often feel disappointed when they head down towards the sea and don't find any stretches of sand. Luckily, there are many beaches near Edinburgh which are well worth visiting, so we wanted to round up the best options for you to check out. Also, when we say near we mean that you can get there in less than an hour either by car, bus, or train. Let's get into the guide:

Cramond - best for seaside on your doorstep

It might sound a bit dismissive to say that Cramond beach is only good because it is conveniently nearby to Edinburgh, but the beach is a great option if you want to stay really close to the city but still want to enjoy some stretches of sand and views of the sea. On a weekend it can get really busy here (too busy for our liking), so the best time to visit is midweek evenings, when the sun is setting and the tide is usually out so you can stroll across the sand. This beach is about 5 miles west of the city centre and if you're heading from Princes Street then you'll want to get the 41 bus towards Drumbrae which should take about 40 minutes. 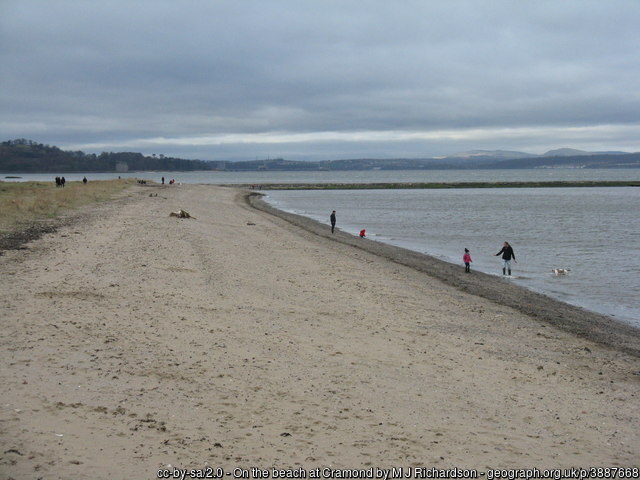 Gullane is typically associated with golf, but the beach is very special and definitely worth a trip if you're craving some sand during your time in Edinburgh. It stretches for miles and has such a varied layout with many different aspects. Dunes, rocks, large area of sand, and woods can all be explored during your time there. The Murder Hill is one of the best areas of the beach to visit - it's a large hill of sand which is famous for being the place where many football teams would come to do pre-season training. There is no train station in Gullane so you'll have to get the bus here, but luckily the X5 service has been introduced which can get you there in about 50 minutes. You can then walk from the town centre to the beach in about 10 minutes. 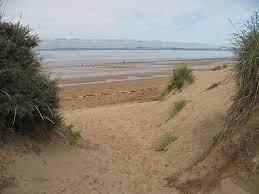 North Berwick might be further away from Edinburgh than Gullane and Dirleton, but it's not by much and North Berwick has the added benefit of having a train station. North Berwick beach also isn't as big as Gullane or Yellowcraig, but it's still really beautiful and has some amazing views of the islands in the Firth of Forth, most notably of the Bass Rock. We'd also say that as a town, North Berwick has a lot more to see and do compared to Gullane and Dirleton, so if your idea of a good day out at the beach includes a nice meal afterwards then definitely head to North Berwick (The Herringbone restaurant serves up local food and is the best place in town). The train to North Berwick from Edinburgh will take around 20 minutes from Waverley, otherwise, you can get either the 124 or X5 bus, but that'll take around 3 times as long so we'd recommend going for the train. 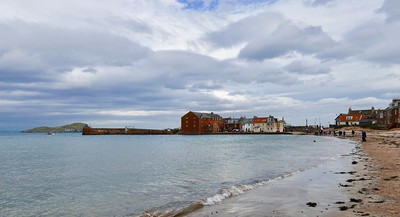 If you're in Edinburgh and you're looking for the nearest beach to the city, it has to be Portobello. In about 15 minutes on the bus, you can go from the centre of the city to a nice beach with a lovely promenade. Portobello Beach isn't as impressive as the other beaches we've included in this list, but considering the proximity to the city it's still really great and super convenient. The promenade is nice to stroll down but you can rent a bike to cycle down which is probably the best way to explore the area. One reason we love Portobello Beach is that often in the evenings, you'll see people sitting around fires on the sand drinking beer. So if you want an late-night beach experience during your time in Edinburgh then Portobello Beach is the place to head. You'll also find a number of bars along the promenade which stay open pretty late, plus the night buses back to Edinburgh run until about 1 am. 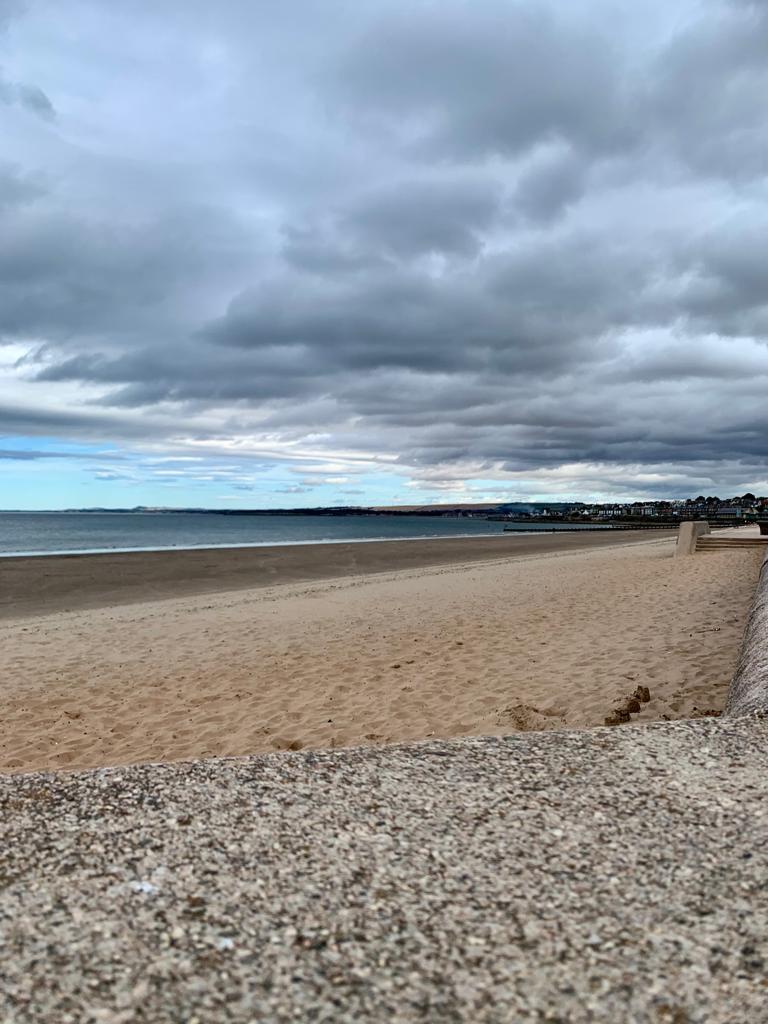 A little further along from Gullane (no more than 5 minutes in the car) you'll find the tiny village of Dirleton, where there isn't much to do aside from visit the admittedly impressive castle. But the real reason to make the trip to Dirleton is to visit Yellowcraig beach, easily one of the best beaches in the East Lothian area. There are a number of reasons why we love Yellowcraig beach - firstly, because it's a little bit out of the way, it's often pretty quiet (even at the weekends). It also offers amazing views of some of the islands in the sea including Fidra, which is not far from the sand and has a stunning lighthouse. But the beach is also quite unique in that there is a wooded area inland which is great for exploring and even has quite a large play area for kids. If you're heading from Edinburgh then the best way to reach Yellowcraig is either via car or by bus. If you can get an X5 then you can reach Dirleton in about an hour, then you've got a 20 minute walk from the village down to the beach. A little bit of a trek but we think it is definitely worth it. 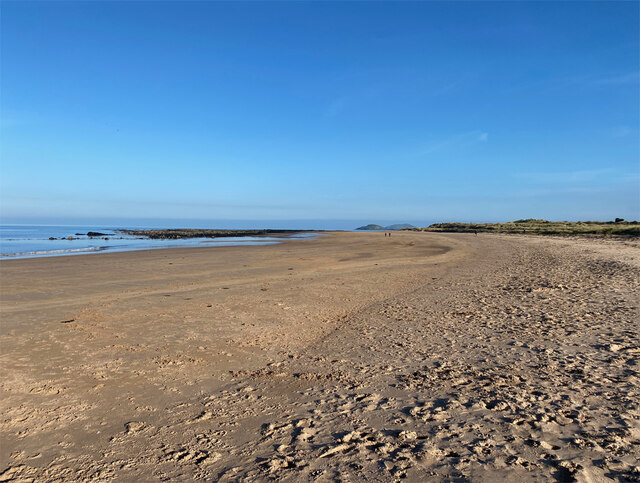 You won't hear too many people talk about Limekilns beach when you search for beaches near Edinburgh, but that's exactly why we've included it in this list. Tucked away not far from Rosyth (a Fife town across the Forth Bridge), Limekilns is a small village with one of the best beaches in the area, and very few people visit it. The beach is deceptively long - from the car park you can walk all the way along for about an hour, taking in amazing sea views and eventually reaching a hill which provides amazing views back across to Edinburgh. Another great thing about a trip to Limekilns is the food options, with 2 great pubs serving up delicious meals (the fish and chips at The Ship Inn are definitely worth a try). Getting to Limekilns involves firstly getting to Rosyth, which is either a train journey (about 20 minutes) or a bus journey (25 - 30 minutes), and then from Rosyth you could get a taxi to Limekilns (5 minutes, about £10) or get a bus. 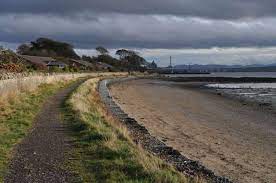 If you go down south to seaside places like Cornwall and Devon then it can seem like every beach is packed with surfers - that isn't so much the case up here, probably due to the weather but also due to the reduced chance of finding a big wave to catch. Belhaven Bay is the one beach near Edinburgh that we've included in this list where you'll probably find surfers every weekend, so if surfing is your thing and you brought your board to Edinburgh then definitely check this place out. The beach itself is massive and absolutely lovely to walk along, plus there are some great walks inland. The easiest and best way to get to Dunbar from Edinburgh is to catch the train from Waverley, it's a direct train so doesn't stop between the two locations and takes about 20 minutes. Book your ticket here - thetrainline.com 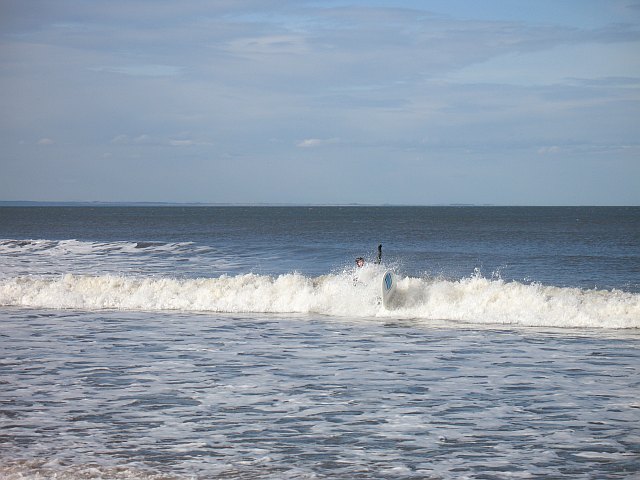