Chocolate is almost universally loved. And the search for the very best chocolates around the world has thankfully given us exposure to the world's selection of fantastic, single-origin chocolates.

While Europe has the reputation for producing chocolate, it is fairly obvious that Europe isn't the origin of cocoa, or chocolate in the traditional sense. Like most people I adore chocolate and, on my most recent trip to Tanzania (which took me to the Ngorongoro Crater, the Serengeti & Ol Doniyo Lengai), I was lucky enough to enjoy a selection of Single Origin Tanzanian Chocolate; which I had heard was spectacular. Even compared to other world-leading chocolate producers.

Tanzanian Chocolate is very different from other chocolates found in other African nations; the country produces beans which a unique flavour profile. This is thanks to the geography of the country. Believe it or not, Tanzania is certainly not the best place to grow chocolate - it can be hot, arid and sandy which isn't great for the production of cocoa beans. What Tanzania has is a wealth of diverse climates which makes the certain areas are ideal for chocolate (and Coffee)

Namely, the central south Tanzanian region in the Kilombero Valley is a perfect climate to produce Tanzanian Chocolate. There is a very famous collective of farms their called Kokoa Kamili.

The main variety of Cocoa beans in Tanzania is the Trinitario which makes up roughly 12% of the worlds Cocoa production. The bean came to be following the near-destruction of Trinidad's criollo plantation in 1727. In need of some rescue, the owners brought Forastero seeds from Venezuela and cross bread them with the native Criollo beans, which resulted in Trinitario beans

The beans themselves have a fruity and floral flavour, which when grown in Tanzania's climate make for a complex, creamy and delightful chocolate.

Tanzania's iconic Cocoa tasting notes are fruity berries, blueberries and strawberries - when tempered the beans can produce beautifully creamy chocolate with a fruity finish. As far as dark chocolate goes, one of the most interesting and delicious I have ever tried.

Many rural industries in Tanzania are centralised - and Chocolate is no different. Where sometimes this is a bad thing, with Tanzanian Chocolate, it was a great thing. The Kokoa Kamili family purchased from over 4600 small farmers. It had been previously illegal to purchase we cacao beans which made the process of fermentation and quality control almost impossible. Kokoa Kamili managed to convince the local government to wave the law and to enable them to centralise a post-harvest process which enabled them to control quality by fermenting and drying all of the wet beans together. It also enabled the farmers to spend more time on their land and earn more from their crops.

While it seems as though the team hails from across the globe, the Tanzanian 72% dark chocolate from Moka is delightful. It is sourced from the Kilombero valley, and the company themselves have an ethical take on fair trade and treatment for their farmers.

Their website offers a huge selection of Coffee and Chocolate from across Africa and I am looking forward to trying everything they have. Very yummy. 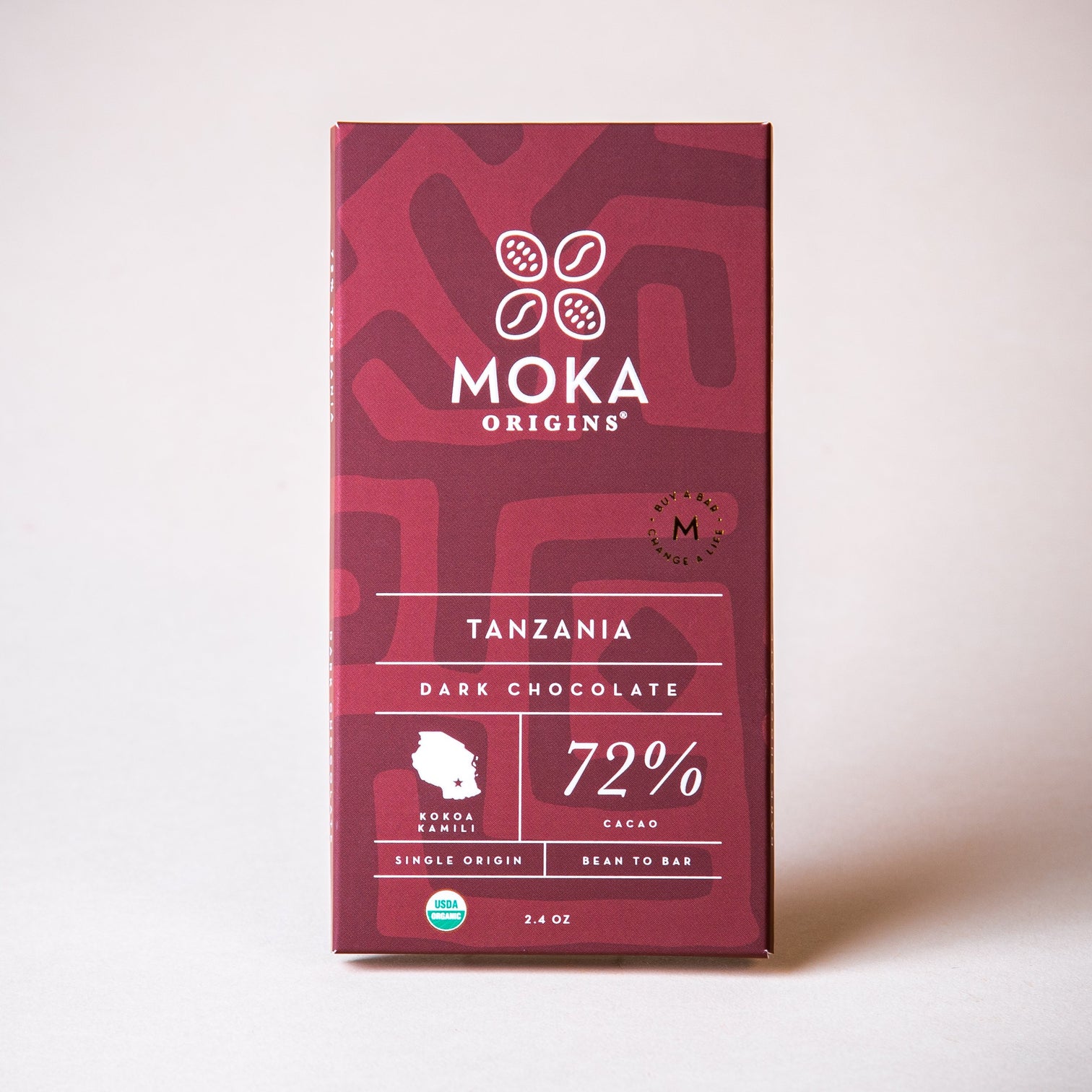 Very different to other Tanzanian Chocolate companies, Raaka has flavoured their chocolate with a range of spices, herbal extracts and natural ingredients. Some of which are 10/10 delicious - particularly with a slightly sweet cup of coffee with milk (Kahawa na Maziwa).

Personally, my favourite has to be the Hubisious and Cinnamon. It gets all the sweet, spicey and citrus notes right. It is a complex mouthful. A close second is a pink salt. Got to love a nice bit of slightly salty chocolate. Have it with marshmallows, that is was dreams are made from.