The most famous National Park in the world has to be the Serengeti... and boy did the Serengeti deliver. Handheld firmly on heart - I can say that the trip to this part of the world was unforgettable.

If you've been, you'll know the feeling of pinching yourself thinking that somehow you've been transported into Disney's Lion King with spectacular endless vistas and glowing orange sunrises which frame animals on the horizon. Not to mention the bumps in the middle of the night.

Simply because my Serengeti Safari was a life-altering moment in my life, I'd like to share a little bit about what I have learned about the Serengeti National Park, my advice on the best things to do there, and how to choose a Safari guide (You can find ours here). 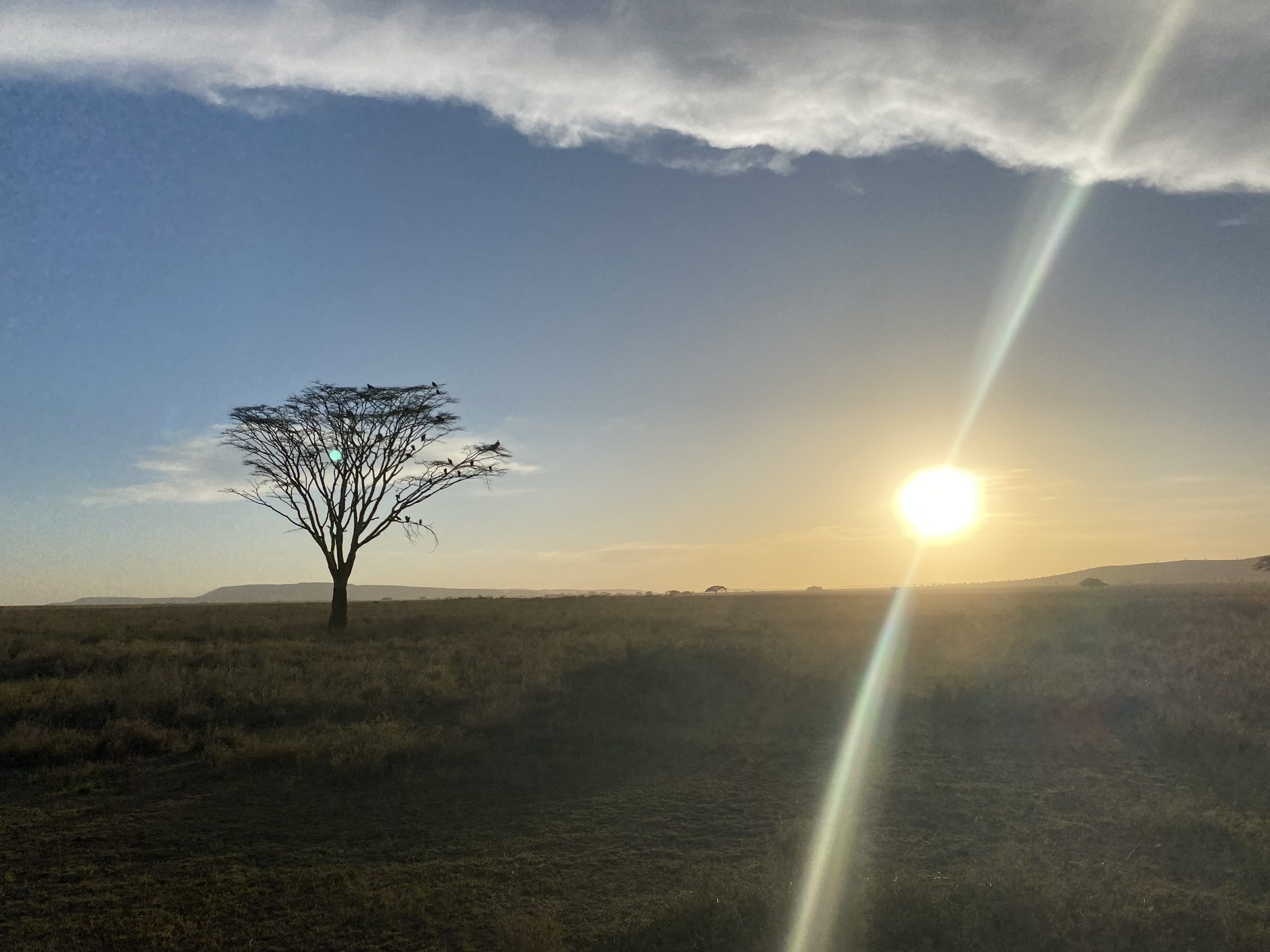 About the Serengeti National Park

The Serengeti is certainly one of the most iconic landscapes in Africa - and is one of the most recorded in the world. Most of us have either read about, heard of or seen the Serengeti on the TV. Although I had been to Tanzania many times before visiting the national park, I had not imagined how spectacular it was. I can only imagine what the first explorers thought.

The Serengeti is such an enormous landscape that it can be split into several parts- each with unique landscapes. The three main sections are the North, Eastern Kleins Gate (from Lake Natron), the Grumeti River, the central district where the public parks are located and the almost planes heading towards the southeast (towards the Naabi Gate).

For travellers, the landscapes here are instantly recognisable - from the huge volcanic rock formations where Lion cubs hide during the day, to the dry grassy landscape (called the Savannah) packed with animals. Speaking of animals, the Serengeti National Park has one of the largest populations of Safari animals (including the big 5) in Africa. It is home to a huge Lion population, herds of elephants, Cheetahs, bucks, Buffalo, Hienas, Hogs and many more.

It is one of the last places to view these animals in their natural habitat.

There are many reasons to travel to the Serengeti National park, but the main reason is to see the animals. While you can simply go to see the spectacular landscapes and the immersive experience that reminds you how human you are, you cannot escape the wildlife- they will almost literally visit you at night while you're in your tent.

If you're looking to experience the truest Serengeti Safari, then it is exceptionally important to choose the right tour operator (ours you can find here)

You cannot hide from the fact that the national park is an extremely dangerous place to be if your guide gets lost, or has no experience driving around the animals. There have been a few times where drivers have gotten lost for hours on end and have needed to be rescued (with their guests) and plenty of cars crushed by an angry elephant. Not to worry though - these days, this kind of incident is rare.

Most of the guides are extremely proud of their work and quickly root out those who wish to make a quick buck.

If you get it right, a Safari in the Serengeti can be life-changing. For me, I would recommend a tented experience for those who want the fullest of adventures. In saying that, if you like a working shower and a little bit of comfort then a lodge will be your best bet.

Our camping experience, although not the most comfortable, was utterly unforgettable. We listened to a hyena steal my shoe, a giraffe enjoying its dinner several metres away and something howling in the dark. It was thrilling.

The lodge experiences were comfortable and enjoyable - however, we not as memorable.

Wherever you stay, it is highly likely that you will be able to get up close and personal with most of the big 5 on a Serengeti Safari! 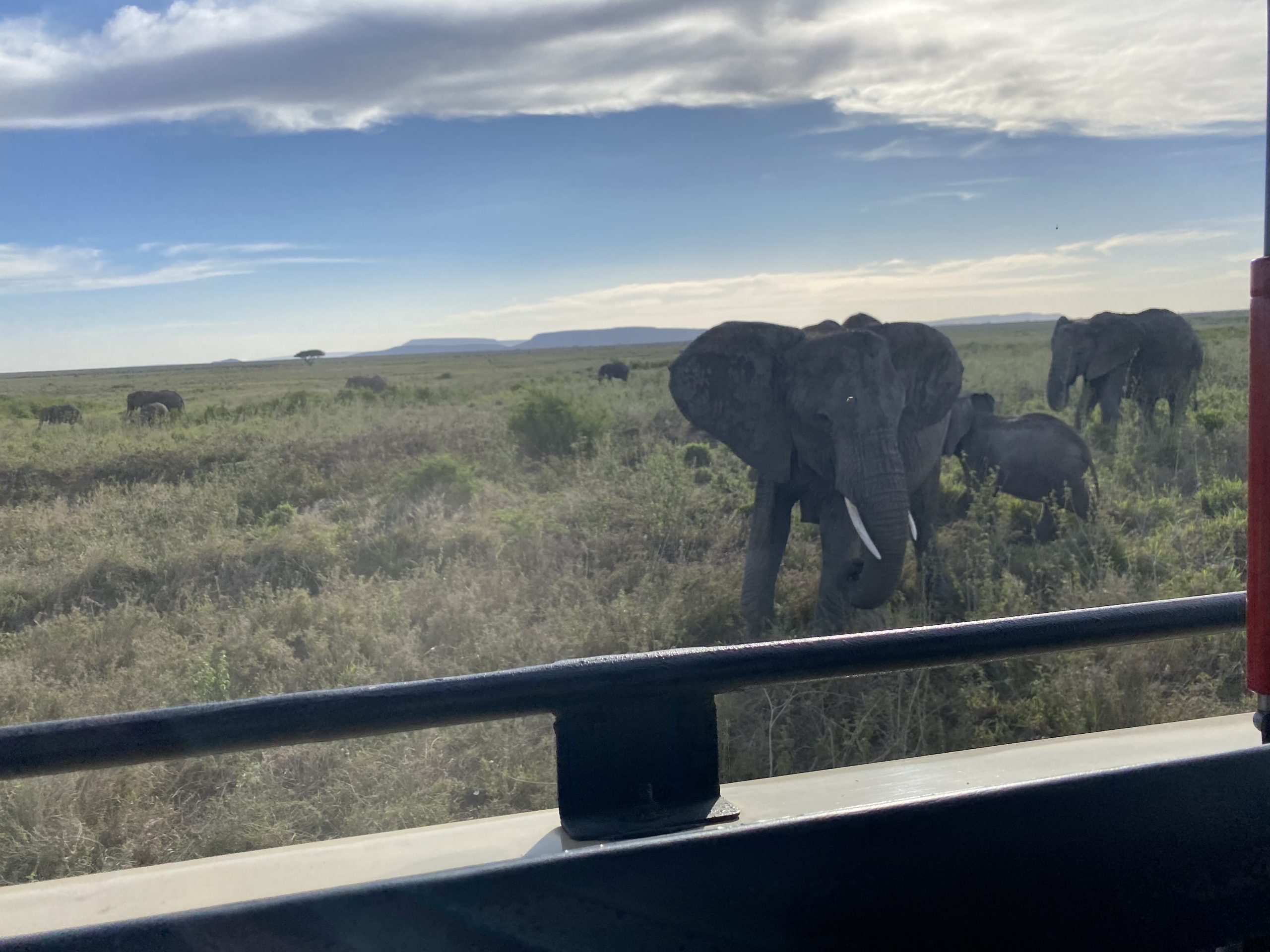 The Great Wildebeest Migration is the largest overland migration of animals on earth. The animals follow the rains around a route spanning 800km (500miles) across the Serengeti and Ngorongoro Conservation area. The migration happens between March and October.

Arguably the best time to visit the Serengeti is between June and October - when the migration heads to the Grumeti river. This is when the preditors will be out in force to hunt the stragglers from the migration.