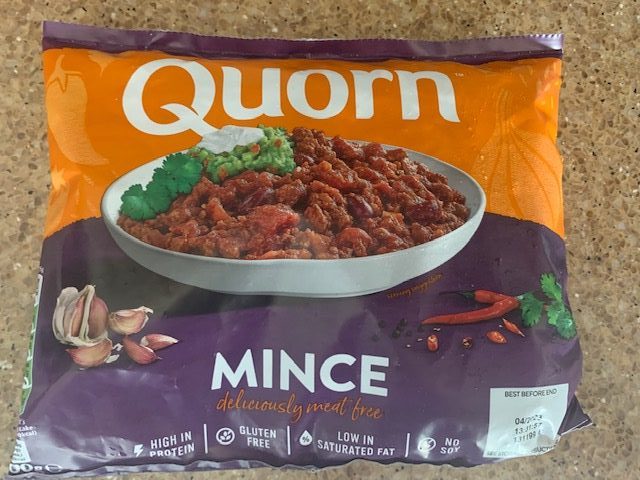 We've noticed online that there are lots of people talking about how Quorn has made them feel quite bloated after eating. We found threads on Quora, Reddit, and on some running forums about this very issue. And to be honest, it is something we have experienced and have dealt with. So we thought we'd publish a post about why Quorn might be making you feel bloated, and what you can do about it.

Why does Quorn make you feel bloated?

There are lots of reasons why Quorn might make you feel a bit bloated, here are the most common:

You're not chewing it properly

This is a big one that we suspect is probably the main issue that most people are having when they eat Quorn, they simply aren't chewing it properly. One of the positives of eating meat is that you need to chew it sufficiently before you can swallow it and digest it, whereas Quorn is much softer and doesn't require as much chewing. However, you should still chew Quorn as if you're eating meat, not only because you'll taste it better but also because it'll help make digestion much easier.

You're not used to it

Another reason we think some people get bloating when they start eating Quorn is that they're not used to it yet. If you sit down to eat an entire plate of Quorn mince having never eaten it before, then you might not be surprised to feel a bit of bloating. Our advice would be to start slowly with Quorn, adding small amounts to meals until you feel that you can eat more.

You're reacting to the egg

Many people forget that most Quorn products are not vegan, and actually contain ingredients like egg whites. If you sat down and ate 6 eggs you might feel a bit bloated, so don't be surprised if you feel a bit bloated after eating a large amount of Quorn.

Last but not least, Quorn might just not agree with you. If you've tried eating smaller amounts and even that is causing bloating, then it's probably best to try a different maeat alternative (we're big fans of What The Cluck).

So if you're feeling bloated after Quorn, hopefully, this guide has helped you to get to the bottom of the issue.