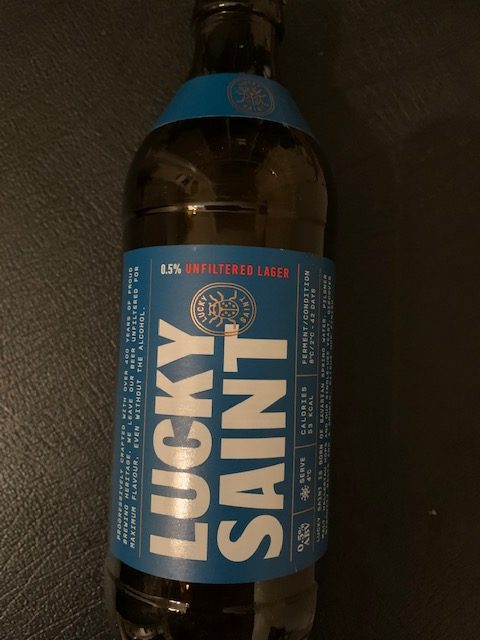 A few years ago it was pretty hard to find a decent alcohol-free beer, especially when you were out at a bar or restaurant. But nowadays there are loads of excellent options out there when it comes to dry drinking, and Lucky Saint is definitely one of the best we've tried. We've tried Lucky Saint a few times now and we've been so impressed that we decided they're well worth a review, let's get into it:

Who is behind Lucky Saint?

The brand was founded by Luke Boase in 2016. Inspired to create an enjoyable non-alcoholic beer, Luke traveled across Europe to find a brewer who could create something delicious without any alcohol in it. After finding the team to make it happen and nailing the recipe, Lucky Saint was born. 2016 was a lifetime ago and although it's hard to imagine it now, at the time it was pretty difficult to find a non-alcoholic beer, let alone a nice tasting one. We admire Luke's drive and we're glad he stuck with his mission!

What do we think of Lucky Saint?

Overall, we're pretty impressed with Lucky Saint. It has a crisp taste and is definitely refreshing with slightly citrusy notes. This lager is unfiltered and the untouched taste really comes through, it tastes really fresh. We're also big fans of the branding and it might sound odd, but the bottle is satisfying to hold and looks cool (which is more important than you might think, more on that in a minute).
If we were to give a negative, the main one would probably be the price. This is quite a pricey drink compared to many of the other non-alcoholic beers we've tried in most places at roughly £2 per 330ml bottle (for example, a 330ml can of Heineken 0.0 from Tesco will cost you only 70p!). However, we do think that this beer is a bit special and probably worth the extra price if you're enjoying it at a restaurant or similar.

In terms of calories, Lucky Saint holds up very well compared to most other non-alcoholic beers out there. Each 330ml bottle or can of Lucky Saint contains 53 calories, whereas a Heineken 0.0 contains more than 60 cals per can. Considering the taste of Lucky Saint, this really impressed us. It's also totally vegan, another huge bonus. 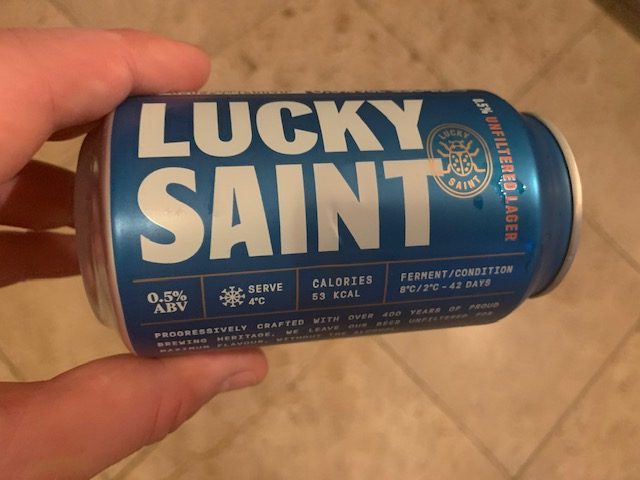 Where can you get yourself some Lucky Saint?

This is what we really wanted to highlight - one of the best things about Lucky Saint is that it doesn't look out of place in a fancy restaurant, and we think that's exactly the position that Lucky Saint has filled in the alcohol-free market. On a recent trip to Dishoom, we weren't surprised to see that Lucky Saint was the only non-alcoholic beer on the menu. The branding is classy and the light taste is a perfect partner with spicy food. One of the key aspects of the Lucky Saint bottle is that you can't tell from a distance that it's alcohol-free - there's no big 'ZERO' on the front like some many of these brands do, it's subtle and classy. Perfect for Dishoom and other places where it is stocked like Harvey Nichols.

Overall, we're super impressed with Lucky Saint. It's what we'd describe as a socially acceptably 0% beer, whereby you can drink it in public without worrying about what people around you are thinking. The taste is nice but the big downside for us is the price - you're probably not going to have a fridge stocked with Lucky Saint, but you'll go one for one of these when you're out for a nice meal.