Of all the spectacular things to see in Tanzania, there are very few as interesting as Lake Natron. It is the home of millions of flamingos, volcanos (including the heart of Maasai culture - Ol Doinyo Lengai) and a secret waterfall hidden in the highlands.

If you're travelling to Tanzania for a Safari trip then it is highly recommended that you visit the area. Sadly Lake Natron is often overlooked for many Safari trips simply because there are far fewer animals that live there. What it lacks in wildlife, it makes up for a million times over in fascinating scientific discoveries and cultural experiences.

So, this page is dedicated to Lake Natron based on my own travels to the area - and with a little help from a Maasai village to aid in our research. How and why you should travel there! 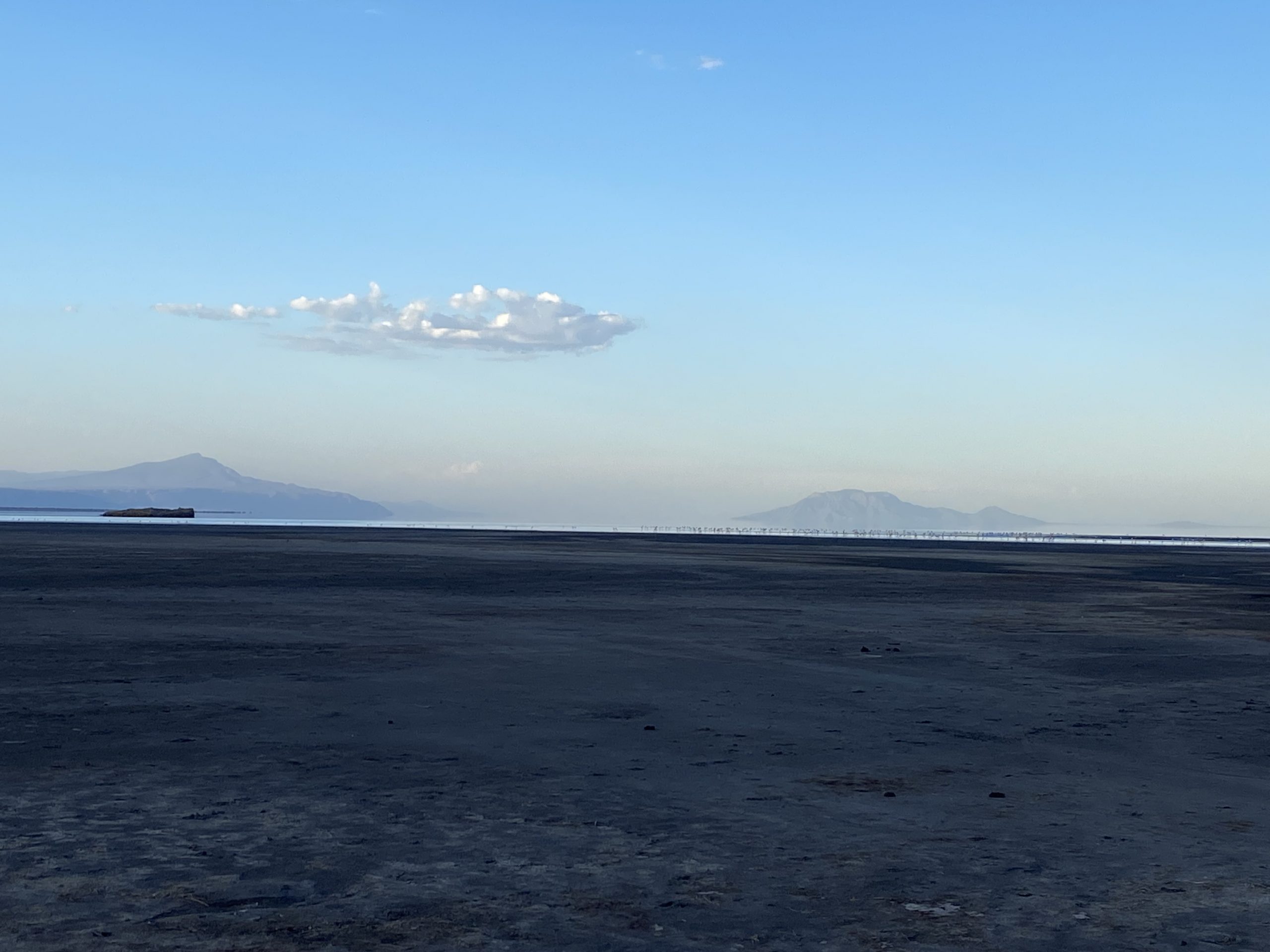 Lake Natron is a 'soda lake' (salt and alkaline) situated in the northern region of Tanzania, which stretches to the border with Kenya. The lake lives inside the Gregory Rift (also significant ecologically) and is north of the Lake Manyara National park, East of the Serengeti National park and North East from the Ngorongoro Crater.

The Lake grows and shrinks during the seasons - so it can be as huge as 57km long and 22km wide during the rains, and significantly shorter when the dry season is in full flow. Most of the water evaporates which causes the PH level of the water to become greater than twelve - leaving behind a caustic alkaline brine and glowing red salty sand.

The Lake is one of many in the region and is very close to the centre of the Maasai religion. These days, there are many Maasai who occupies the region and works as guides, shop owners and tends to their cattle.

How Has Volcanoes Affected Lake Natron?

Some myths about Lake Natron suggest that the lake can kill wildlife (and turn them into stone) or humans unlucky enough to get too close - but the truth is, while the lake water is certainly not safe to drink or bathe for long periods of time, the water is fairly harmless and is often used by the Maasai to treat the hard skin on their feet.

The water is famous for calcifying remains of animals which have perished in the water, but it is very, very rare to find a fully calcified animal - most of the remains are calcified bones and feathers which is much less dramatic.

Why is Lake Natron Red?

When I turned up to Lake Natron for the first time I asked myself: 'Why isn't the lake red?' - so, I asked our Maasai guide. He said something similar to:

The idea that Lake Natron is red is almost completely a myth. In fact, lake natron is not red at all. It is the sand that shows slightly red when the water recedes during the dry season, due to a specific alge that feeds on the high content of salt and volcanic sediment.

When the water level is very low, the sand slowly forms orange/red crystal salt rings that give the lake a slight appearance of being red at specific times of the year. Sadly, edited photos on the internet have been widely shared to make Lake Natron seem much redder than it is, much to the annoyance of the local Maasai guides.

So, don't be surprised when the lake looks surprisingly normal upon your visit. 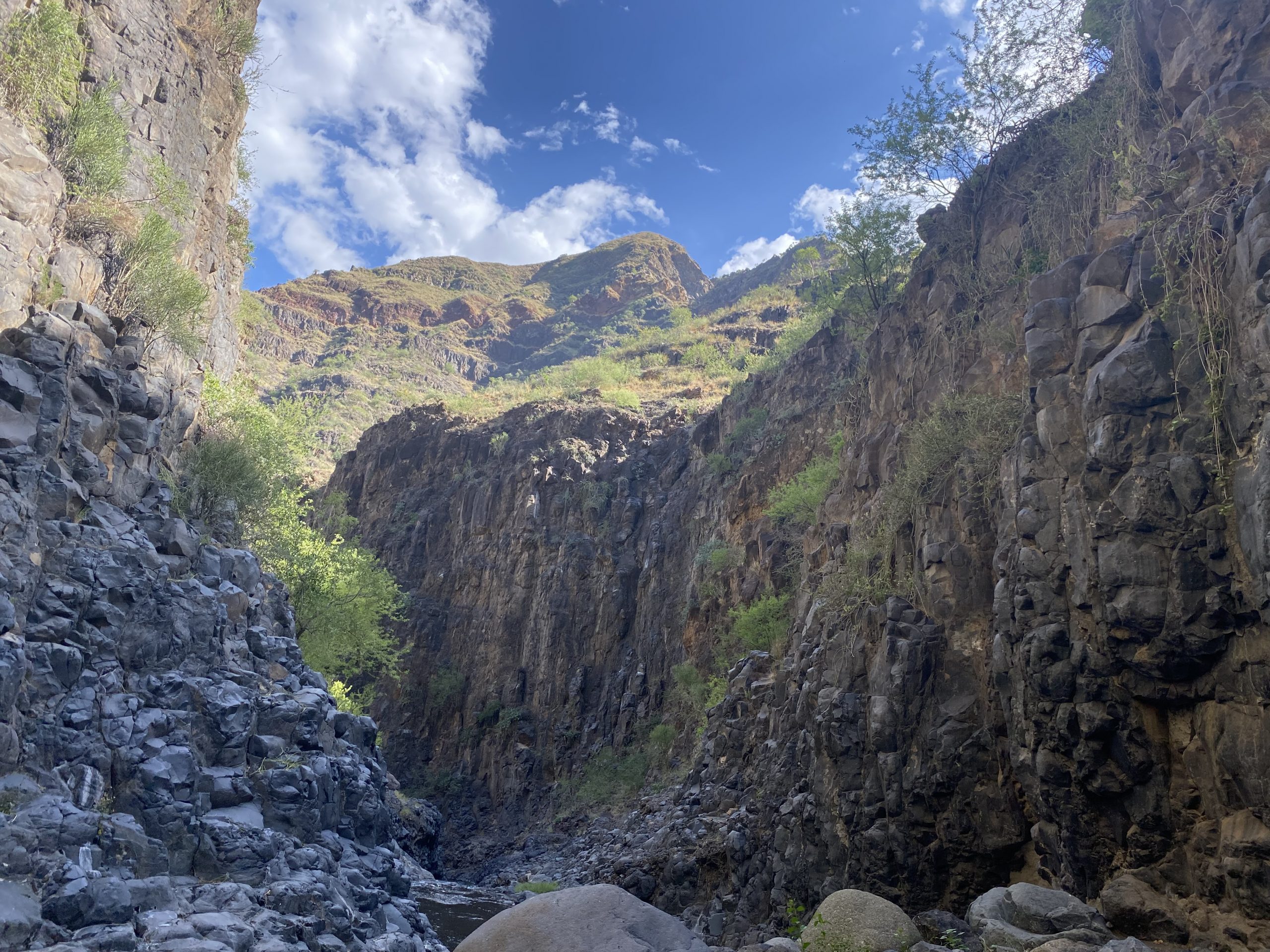 A Lake Natron Safari, although often overlooked by many tour companies, is something I highly, highly recommend. There are far fewer animals, but Lake Natron offers an experience that is completely different. It offers wonderful views, volcanoes (including a hike up one) and an opportunity to meet the Maasai.

As far as a Safari goes, a tour here will leave you with great respect for Tanzania's importance ecologically and for the people who call this majestic landscape their home.

Our guide organised a trip to the 'Secret Waterfall' which is, of course, not very secret... but very few tourists see this place in the grand scheme of things. The waterfall is a 40 or so minute hike into the surrounding hills, up through a river and into a network of waterfalls from the rocks above.

I can tell you, hand on heart, that this was the most unforgettable (and romantic) part of our whole safari experience. It was completely unexpected. For that reason, I will tell you to go to the secret waterfall and allow you to see it with your own eyes.

The animals at Lake Natron

In terms of the animals you're likely to see on a Safari to Lake Natron, there are a few important ones to note. Lake Natron is specifically void of many animals as the landscape is quite dusty, dry and baron. The types of animals on the water shores depend entirely on the seasons; but you're likely to find many Zebra, Buffalo, Wildebeest, Hienas and Flamingos (being the main attraction)

Every year, millions and millions of Flamingos migrate between the great rift lakes (Lake Magadi in Kenya, Lake Natron, Lake Eyasi and Lake Manyara) to feed and lay their eggs. The flamingos are so plentiful that it is hard to see the water for the layer of beautiful pink birds. The thriving sea of pink is one of the most spectacular views you're ever likely to see.

The birds are very shy so it is extremely difficult to get close to them.