You’ve undoubtedly heard of ‘Mount Kilimanjaro’ but did you know that it sits within a larger national park?

Kilimanjaro itself is the largest free-standing mountain in the world and the tallest peak in Africa. The behemoth can be seen as soon as you step off the plane (or while you’re on the plane if you’re lucky) and is visible as far as the national parks on the Kenyan side of the border.

If there is anything I have on my bucket list, it is to climb Kili at least once. Me and the other 58,000 tourists travel there every year. 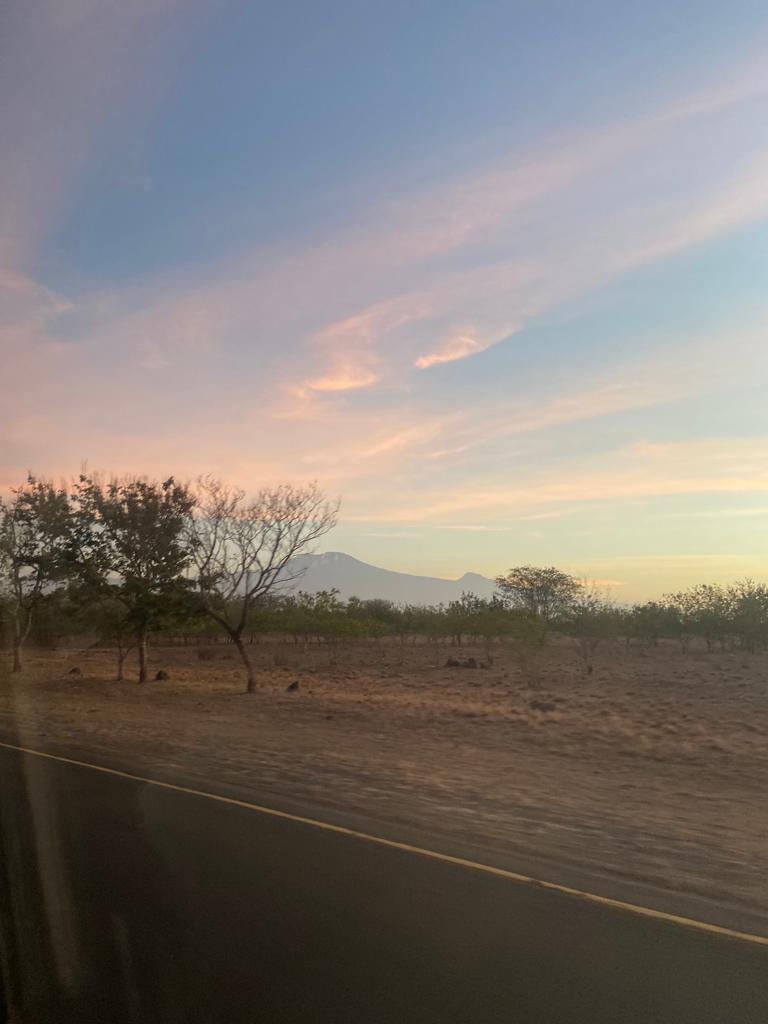 About the Kilimanjaro National Park

While the mountain is the main attraction, the whole national park surrounds the peaks from all sides and includes the montane forest belt surrounding the base of the peak. In total, the whole park covers 1688 square km (652sq miles) and is home to numerous notable birds, primates and other large ‘Safari’ wildlife (like Giraffe, Elephants and Buffalo).

The national park itself is situated near the Moshi region which is an hour or so east of the international airport outside of Arusha. Mount Kilimanjaro and the surrounding forests were declared as a ‘game reserve’ in the 1920’s by the Colonial Germans but it was not until 1973 when the mountain above 2700 was established as a national park. It was then declared a ‘World Heritage Site in 1987 before the park was extended again (to include the forests further down the mountain) in 2005.

The Kilimanjaro National park is the second most visited site in Tanzania, second to the Ngorongoro crater.

On average, over 51 million USD is generated every year from hikers, tourists and local travellers. It is expected by the park’s General Management that over 28,000 people can be climbing the mountain in the same 12 months. Although this target has been missed a number of years in a row.

The feature of the wider national park is, of course, Mount Kilimanjaro. As the highest peak in Africa, and the largest free-standing mountain in the world it is something to behold.

The mountain stands 5895m tall and can take 4 to 7 days to fully climb – and there is no guarantee that you’ll even make the summit.

Climbing Kilimanjaro is some feat and can take a long process of training, adjusting to the atmosphere and preparing for the altitude. It is common for people to suffer from altitude sickness while ascending, and descending the mountain. So it is very important to employ a well trained, reliable and trusted guide. It is a huge business to take tourists up the mountain so it is very easy to find somebody who could (unwittingly) put you in extreme danger.

There are several routes that tourists use to climb Kilimanjaro, and some are more commonly used than others.

The most common of the three offered by tour guides is the Marangu, Machame and Lemosho. The most travelled is Machame which is nick-named the ‘Coco Cola route’ – this was because American Tourists love coke and the route is now littered with advertising and stalls selling coke on the way.

How Much Does it Cost to Climb Kilimanjaro?

It is safe to say that whichever guide you choose, climbing Kilimanjaro is not going to be cheap. It is imperative, however, that you do not cut corners. The hike can be exceptionally dangerous and you’ll need an experienced guide to help you acclimatise, carry bags and feed you on your way up.

You should plan a trip for between $1000 and $2000 for everything, including an emergency fund in case something goes wrong. It cannot be expressed how important it is to research the tour company before travelling. It doesn’t really matter how much it costs