If you’ve been heading up to Fort William via the scenic route through Glen Coe you’ll have passed the most photographed Munro in Scotland: Buachaille Etie Mòr (Locally known as The Buachaille). The reason for its prominence on calendars, postcards and blogs (like this one) is thanks to its proximity to the A82 which heads all the way to Fort William.

Stob Dearg and Stob na Bròige are two easily accessible in one route – which are the two we will be talking about today. The entire route scales up the side of the ridge, along with across the numerous dramatic peak, and winding path over the ridge, to finally decline down a steep embankment, to the valley floor. The overall route is approx 14km in total and can be completed within 6 or 7 hours depending on your pace. 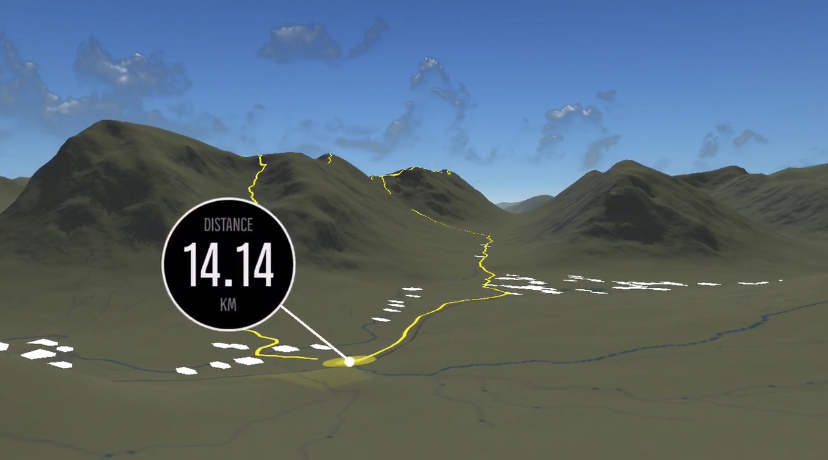 The first and tallest peak of The Buachaille is Stob Dearg. A severe, dramatic and impenetrable looking Munro is the first visible on the road. From the car park, you’re able to see the famous view of a tiny farmhouse in front of the towering behemoth. 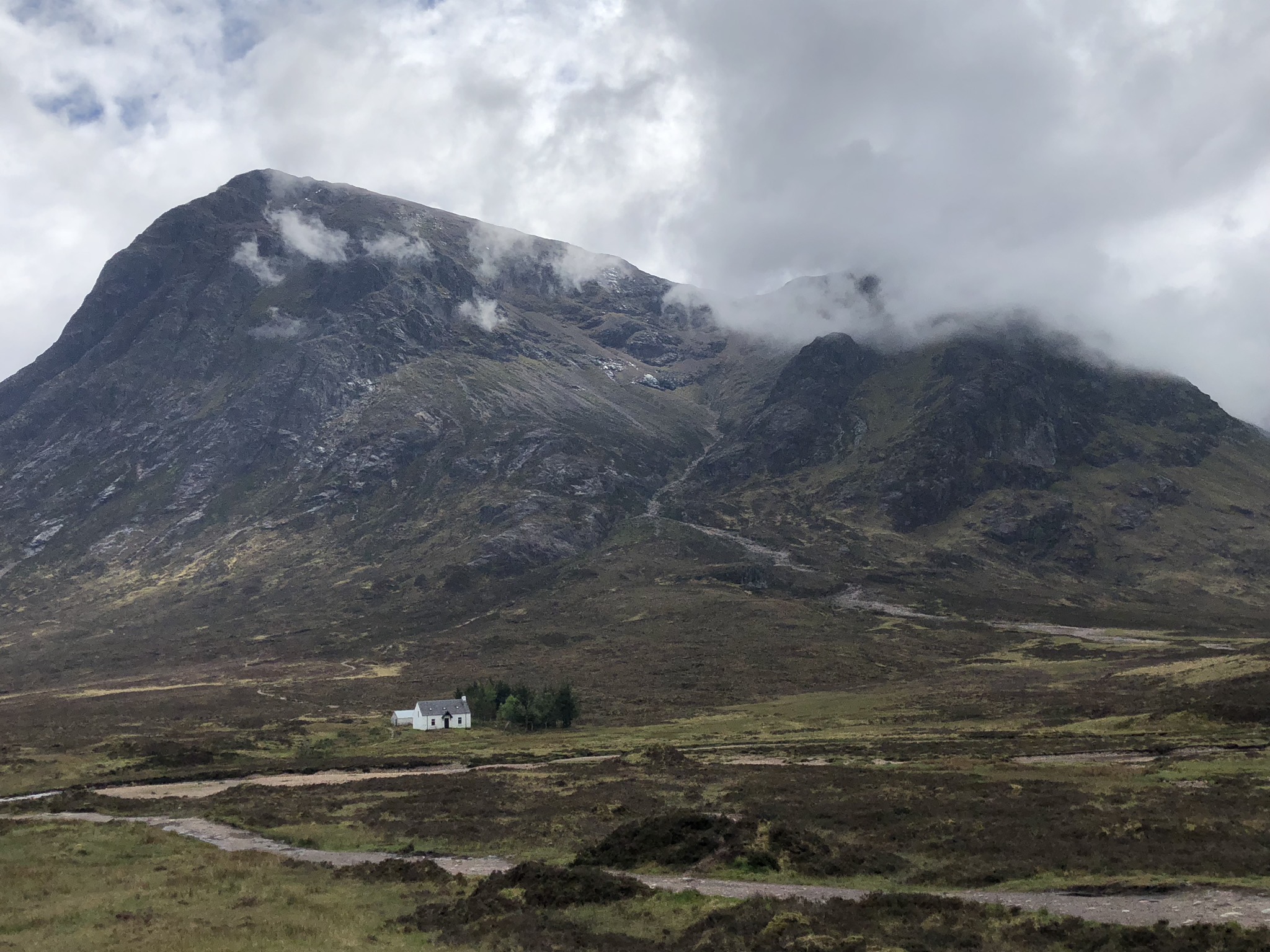 The route starts on a well-maintained gravel path that can be easily followed up into the heart of the accent section of the Munro. The path can be spotted in the photo above snaking from the left, to above and over the famous Lagangarbh hut.

The route is fairly easy going for the first hour or so before the accent, which becomes steep and dramatic. Although steep, the path is still easy to follow and sold underfoot even in hard conditions. The path follows a stream up into the corrie which offers great views.

As the top of the ridge is approaching, the climb veers right and opens up into a boulder field that is the trickiest section you’ll encounter. Here you’ll need to scramble up over the huge rocks. This is tricky if your bag is heavy, and will be very scary if it is snowy or icy.

This is a notorious spot for avalanches in the winter and is a particularly dangerous area underfoot. In any weather, it will be a tough section.

Once upon the ridge, the broad section can be followed up to the top of the first peak. As you can see, we climbed the Munro on a fairly misty day. 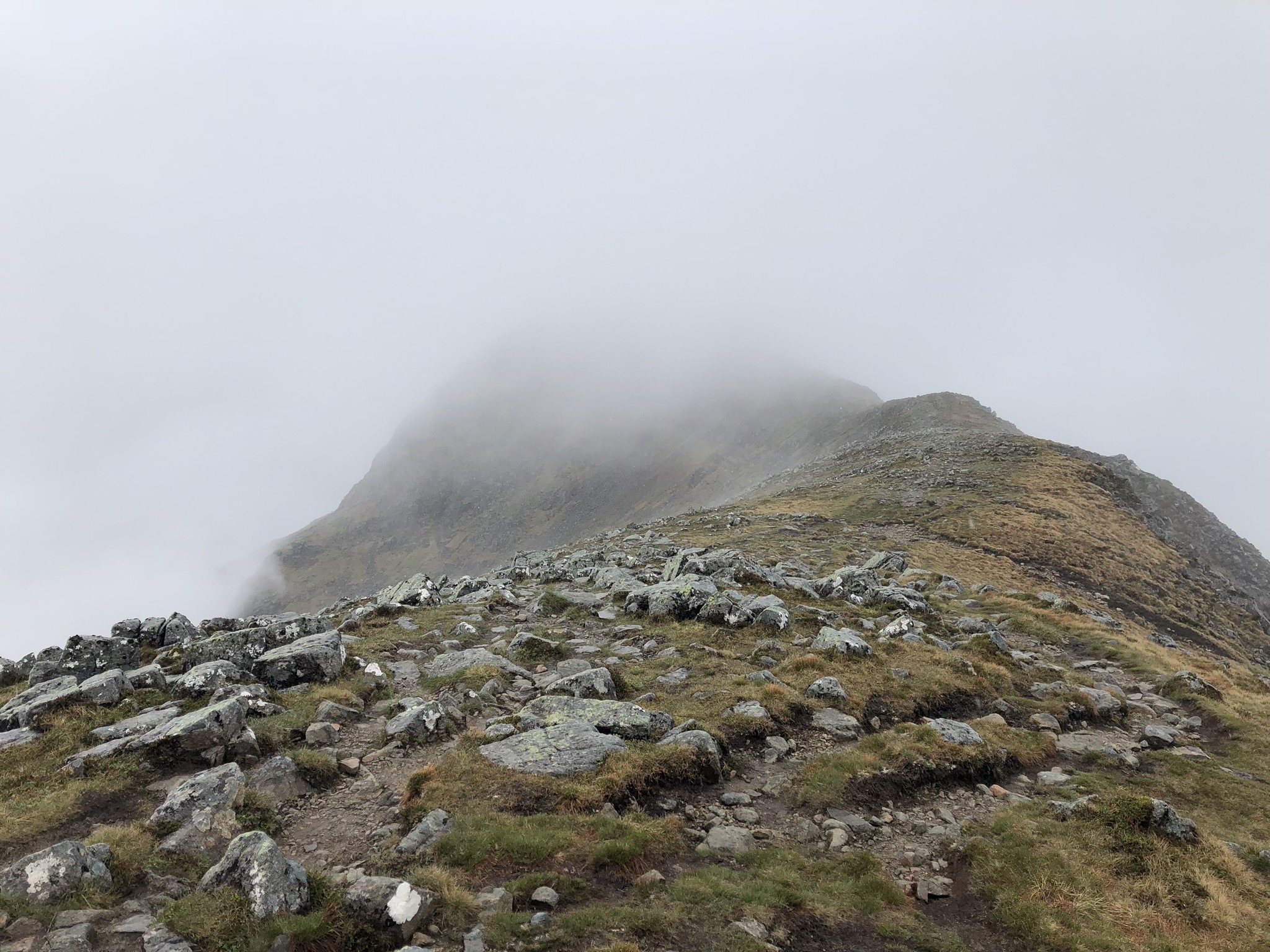 The caire marks the summit of the Munro. The views here are apparently spectacular – but we had nothing to show for it this day.

The route requires you to return back to where you came from, down across the ridge towards the second peak. The path starts to ascend slightly before turning left towards the peak of Stob na Doire. Although this is simply a ‘top’ and not necessarily a Munro, it is a fair hike up the long ascent.

There is a warning that when the visibility is poor, the path can lead walked off down the southeast of the ridge. The descent quickly becomes very steep and dangerous – we know, because we made this mistake and ended up needing to climb back up the same way to regain our path.

After our mistake, the path again is easy to follow towards Stob Coire Altuim where there is a steep crag which falls away to the right. Even in poor weather, the views here were spectacular and dramatic. It is easy to sit here for a while to rest before heading to the summit of Stob na Bròige (which had its Munro status changed in 1997).

From the summit, it is time to return down the path, over the ridge and as far as the bealach just before Stob na Doire (where the path twists). It is here that the descending path can be found which heads down into the valley. The path at the top is good, however, in the midsection of the descent, the path becomes very rocky. You’ll need to take lots of care here and not be afraid to get a little bit wet you’ll be following the flow of any water from above. In snowy conditions, this section is particularly dangerous.

Once the descent is complete, you need to turn right onto the footpath that follows the stream, back towards the road. The path is easy going with fresh legs, but may feel a bit of a drag once the whole route has been conquered. As the path gets closer to the road, it may be boggy and wet.

Now its time for a wee dram, or to cook up something nice before hitting the road.