Scotland is the country most well known for its exceptional spirits; particularly whiskey (but gin also). We love a dram.

What makes Scotland's whiskey so exceptional is the quality of barley and crystal clear highland water. Our water is famous worldwide for being rich in minerals and delicious (well, as delicious as the water gets). The result is a pure, flavourful spirit.

Other than being the finest whiskey on earth, another benefit of visiting the best whiskey distilleries in Scotland is being situated in the most dramatic, quintessential Scottish landscapes.

The locations are worth visiting even if it is to look around and take pictures. Whether you love to cycle or you're here in Scotland for a tour, then there are some must-see Scottish Whiskey Distilleries that should be added to your itinerary.

The Isle of Skye is a particularly rugged, and beautiful part of Scotland. The whiskey produced here is just as rugged, complex and painfully beautiful. Talisker is the perfect representation of this region.

Talisker is the oldest whiskey distillery on the Isle of Skye. It was established in 1830 and produces a whiskey that stands out with his high flavours; a rugged, peaty, salty, sweet whiskey that was famously the favoured whiskey of Robert Louis Stevenson (Dr Jekyl & Mr Hyde).

The distillery is now owned by Diageo and can be found (and enjoyed) from all corners of the globe.

If you're on the Isle of Skye then seeing the Talisker distillery is a must, and you'll be tasting a range of whiskey with unbeaten character.

It seems that the distillery is currently closed, but we hope it opens back up shortly. 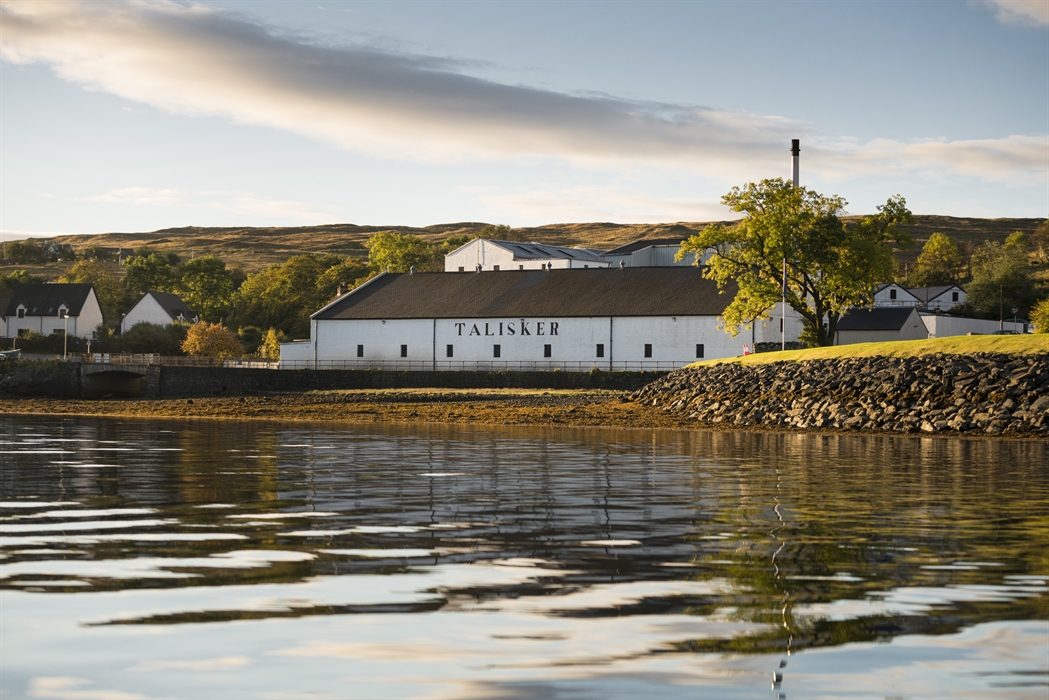 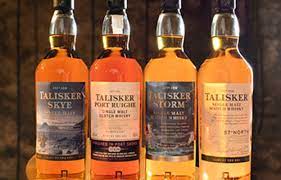 Islay is an island just off the central west coast of Scotland. There are currently 9 distilleries on the island; Kilchoman, Bruichladdich, Bowmore, Laphroaig, Lagavulin, Ardbeg, Bunnahabhain, Ardnahge and Caol Ila.

Each has its own unique character and history. Islay is known for having clusters of distilleries meaning you can visit multiple in a row on the same day.

Found on the western flank of the Island of Islay is the wonderful Kilchoman Whiskey Distillery. The distillery was founded in 2005 and was the first distillery to be built on Islay for over 120 years.

If you're visiting Edinburgh, then many of the 'tourist' whiskey shops will stock at least one of the Kilchoman's ranges, but it is nothing like what you can taste at the distillery itself.

The distillery I equipped with a cafe and visitors centre, and offers tours around the distillery itself, and a range of whiskey to taste.

The whiskey produced by Kilchoman ranges from sweet, buttery and smooth - to smokey, peaty and spicey. There is a whiskey for almost every taste and the quality of the distillation gives the whiskey a very easy drinking 'light' quality.

You'll find with a high-quality whiskey, that the alcohol content seems 'lighter' than a mass-produced bottle from a supermarket. 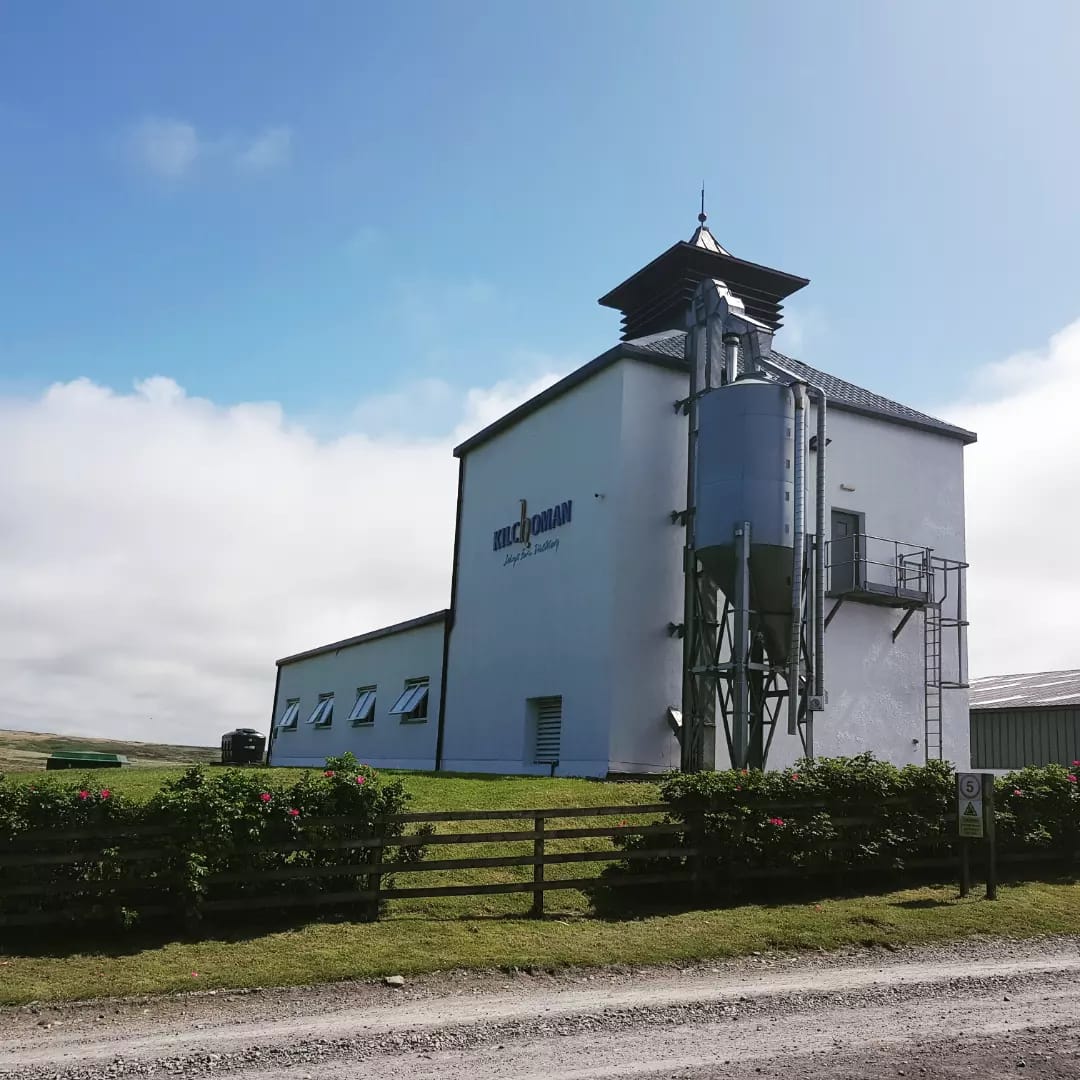 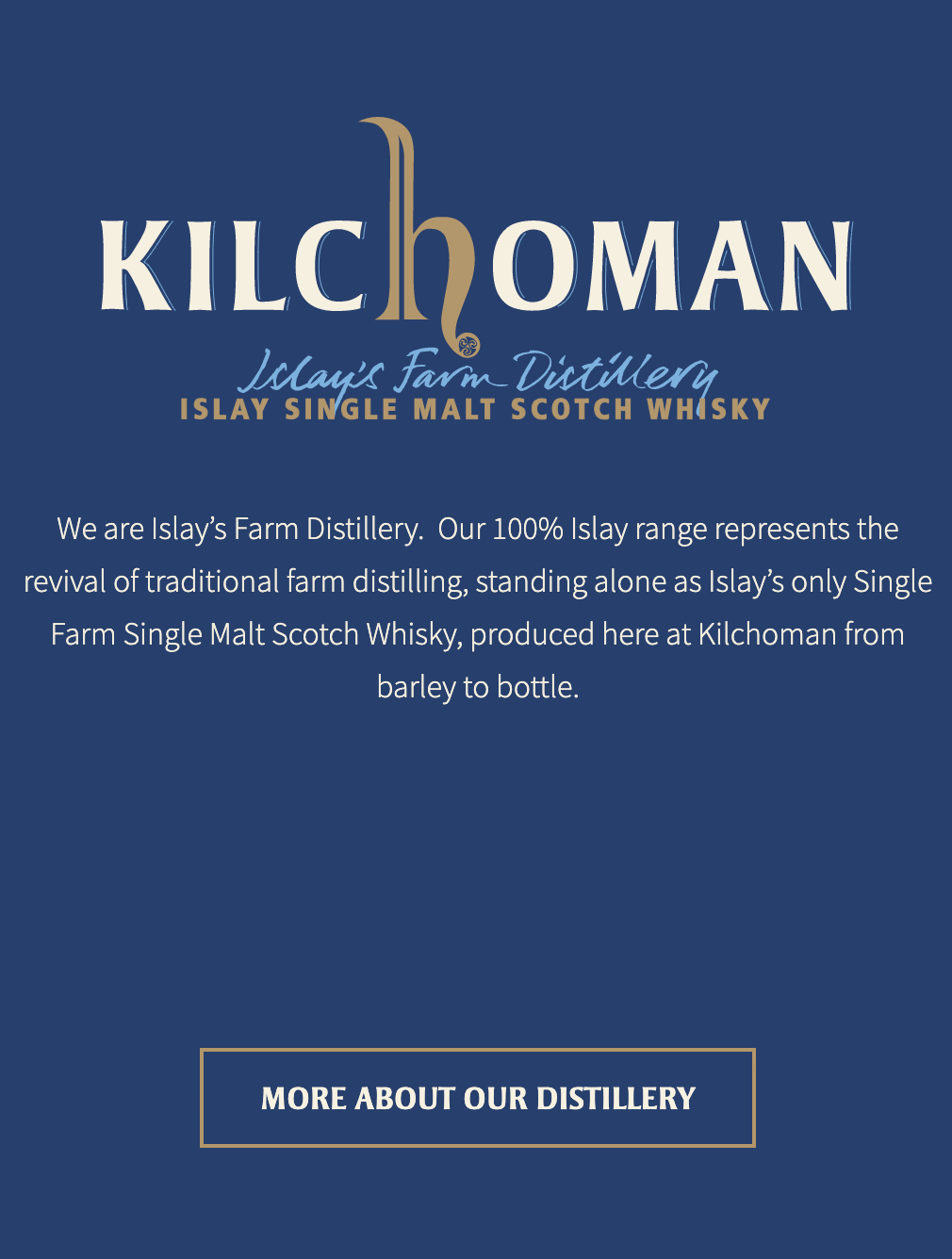 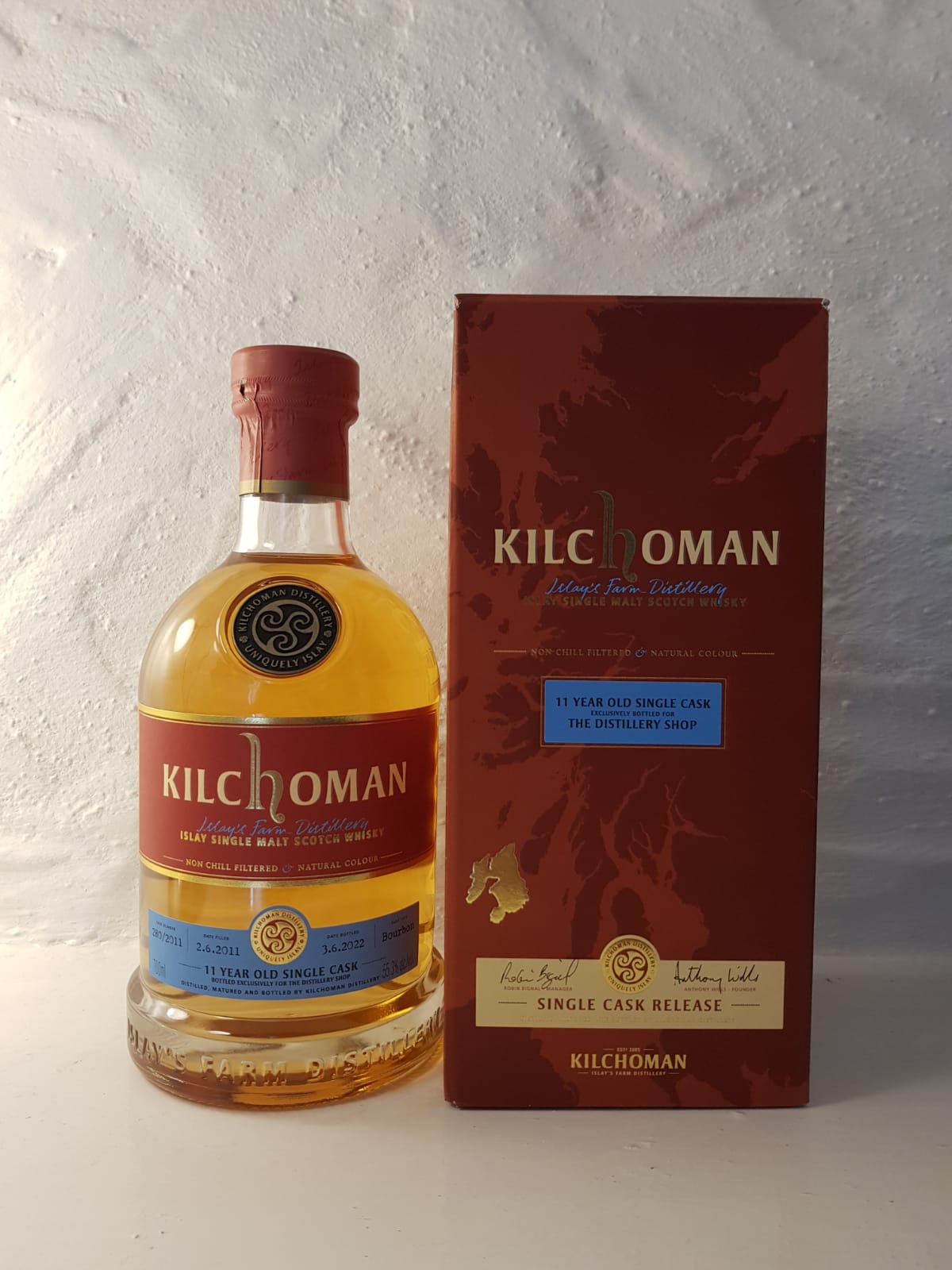 Bowmore Distillery can be found in the heart of Islay, and is one of the best whiskey producers in the country.

The Distillery was founded in 1779 and is still leading the industry, even today. You'll find Bowmore whiskey in almost every corner on earth - but it doesn't get finer than enjoying it from the source.

The brand is now part of Beam Suntory, which is a global alcohol company, therefore Bowmore have flashy collaborations with the likes of Aston Martin,

A personal favourite is the Bowmore 18 years aged whiskey. The whiskey offers sweet notes of caramel and toffee, with peppery peaty smoke to finish. The sweet and smokey flavours make this one of my personal go-to when I want to treat myself. 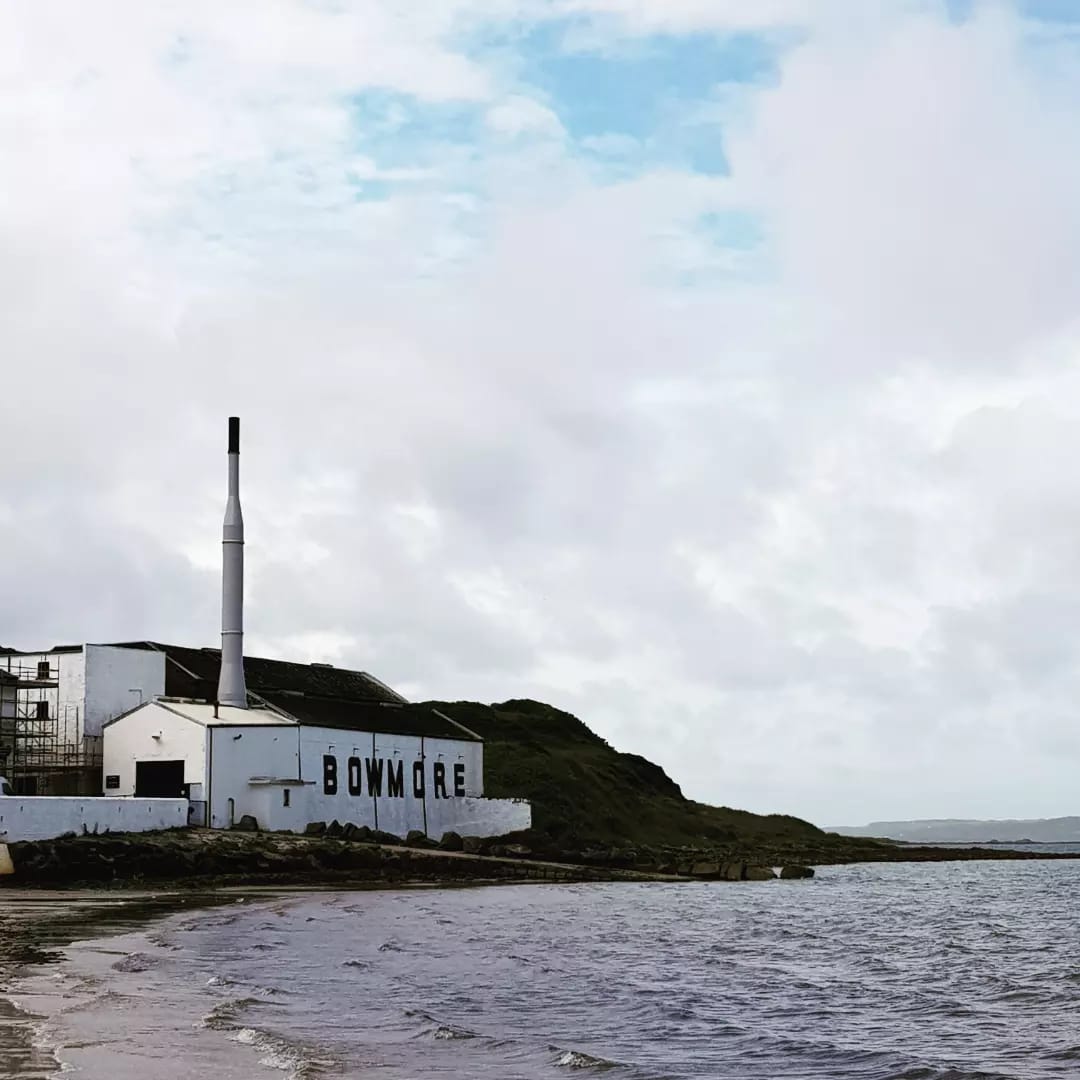 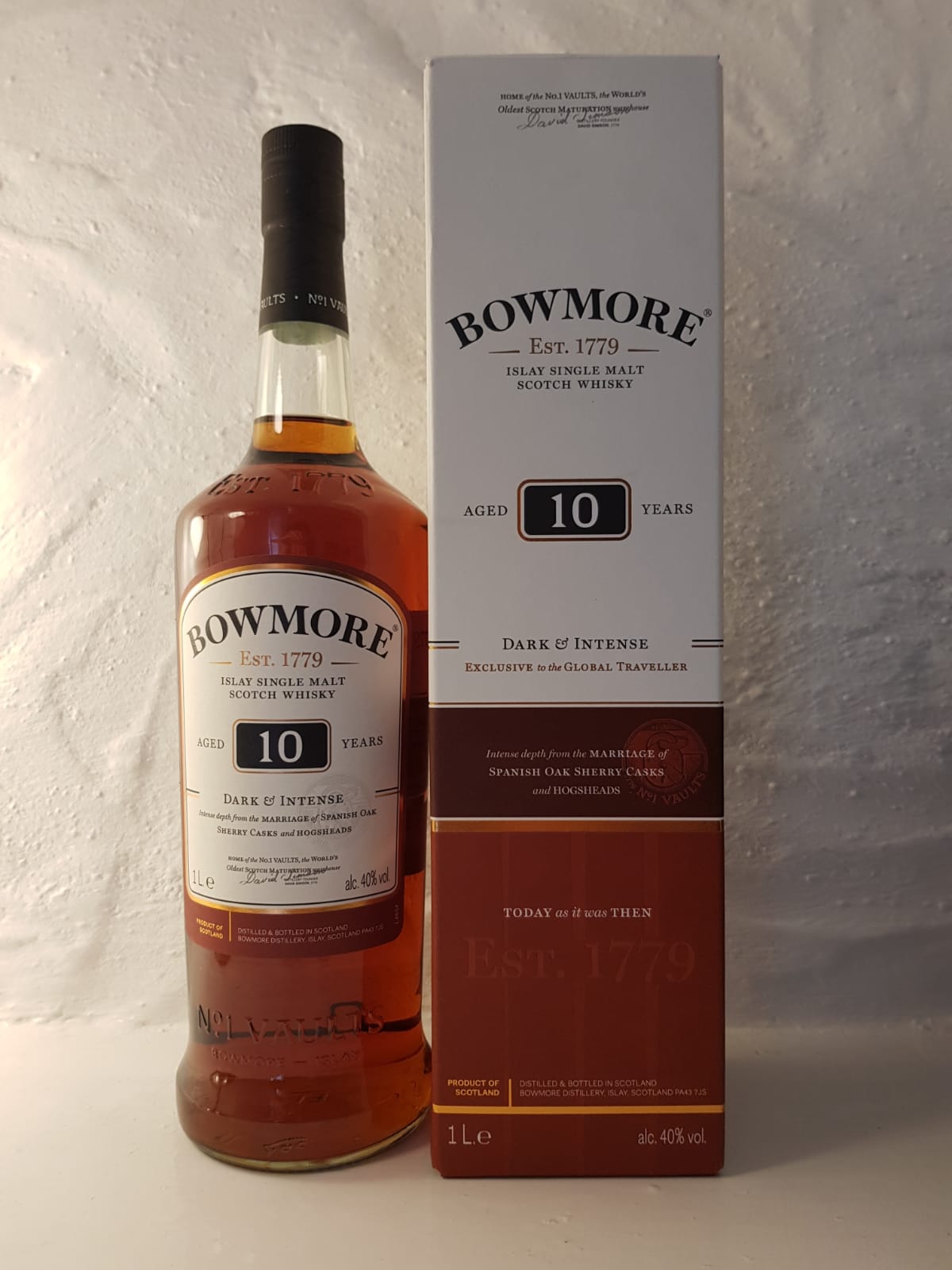 Officially, the Lagavulin Distillery was established in 1816, but there had been illegal distilleries in the region since 1742 (a common theme with Scottish whiskey)

After many years, Lagavulin is still holding its tradition strong and using a pear-shaped pot and slow distillation to create a delicate, peated whiskey.

Now the company is owned by Diageo but still produces world-famous spirits.

The main reason to visit Lagavulin distillery (other than being part of a trio of fantastic whiskey distilleries you can travel between) is the distillery exclusive ranges they produce. If you make the effort, then you can find a whiskey that cannot be bought anywhere else.

... and the one I got was unbelievably good. 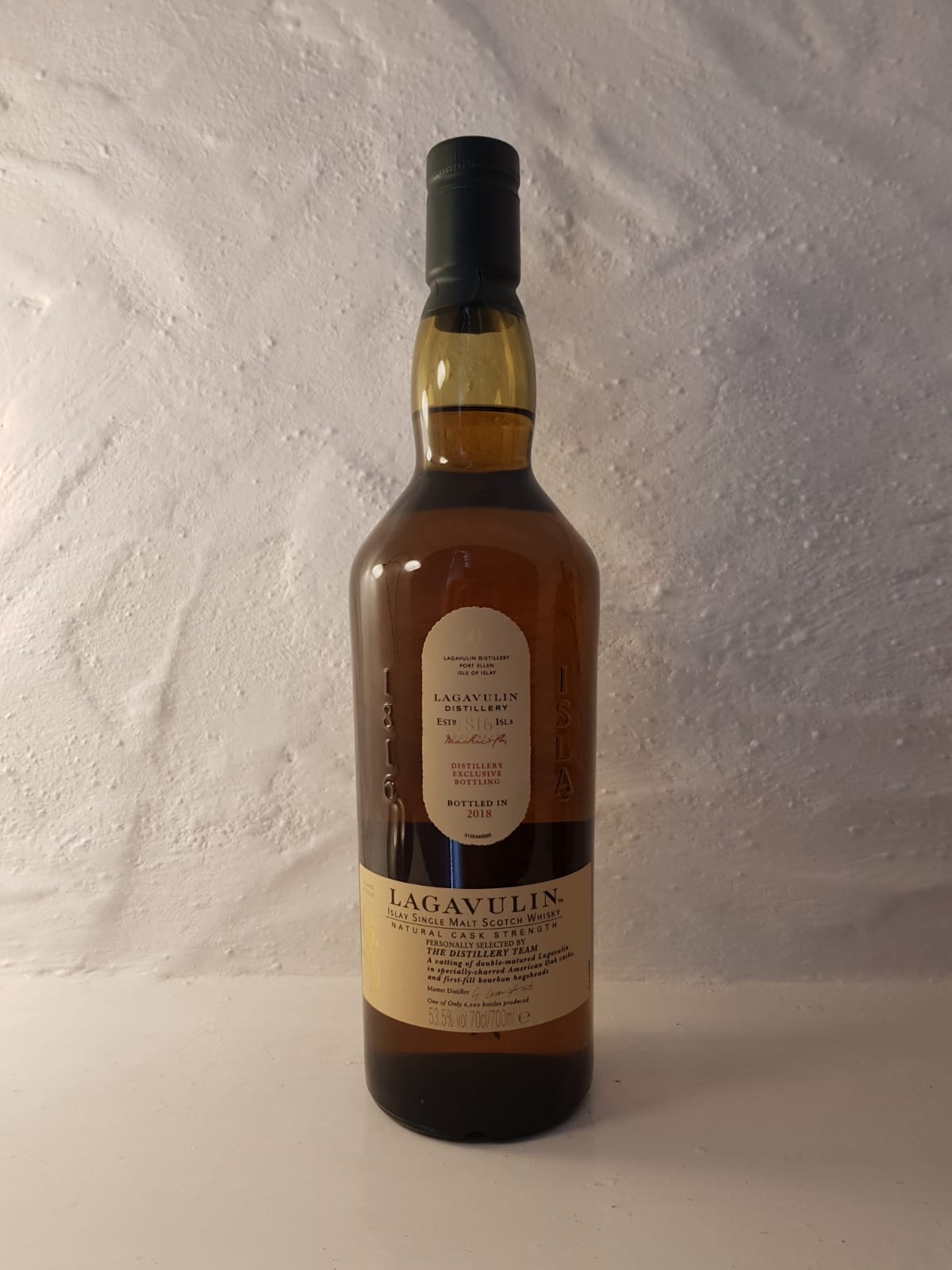 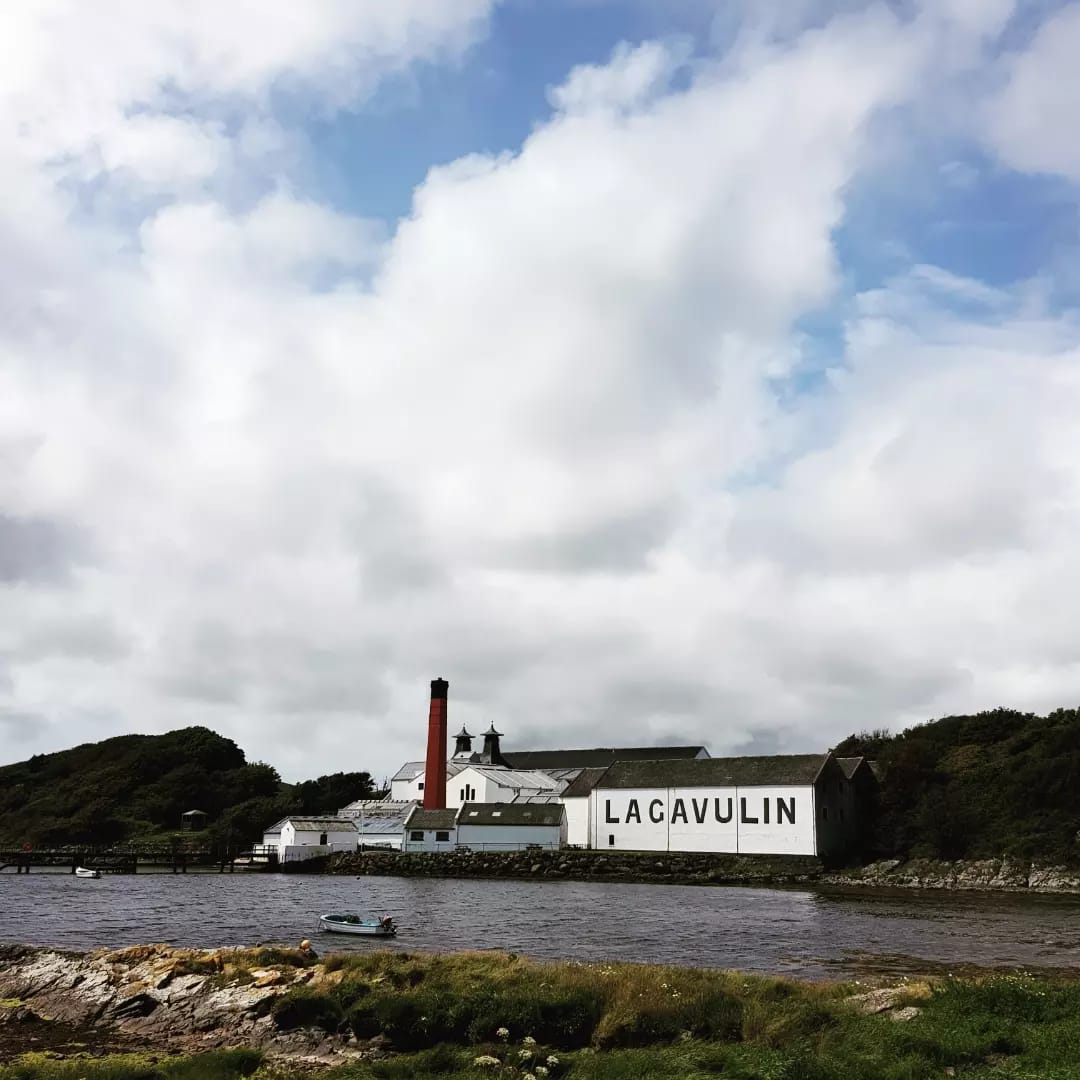 On the southern flank of Islay with Lagavulin and Laphroaig is the Ardbeg distillery. It has been producing whiskey since 1798, but commercially since 1815.

Ardbeg whiskey is well known for its big, peaty, smoky flavours and potent flavour profile. A personal favourite is the 'wee beastie' which I picked up on my last trip to Islay.

While Ardbeg is a very popular choice for tourist-trap whiskey shops in Edinburgh, the distillery offers a huge range of exclusive whiskey that is worth the trip.

They offer tours and have a cafe which is a perfect place to stop if you're driving or cycling around the island, or after visiting the other two distilleries on the way. 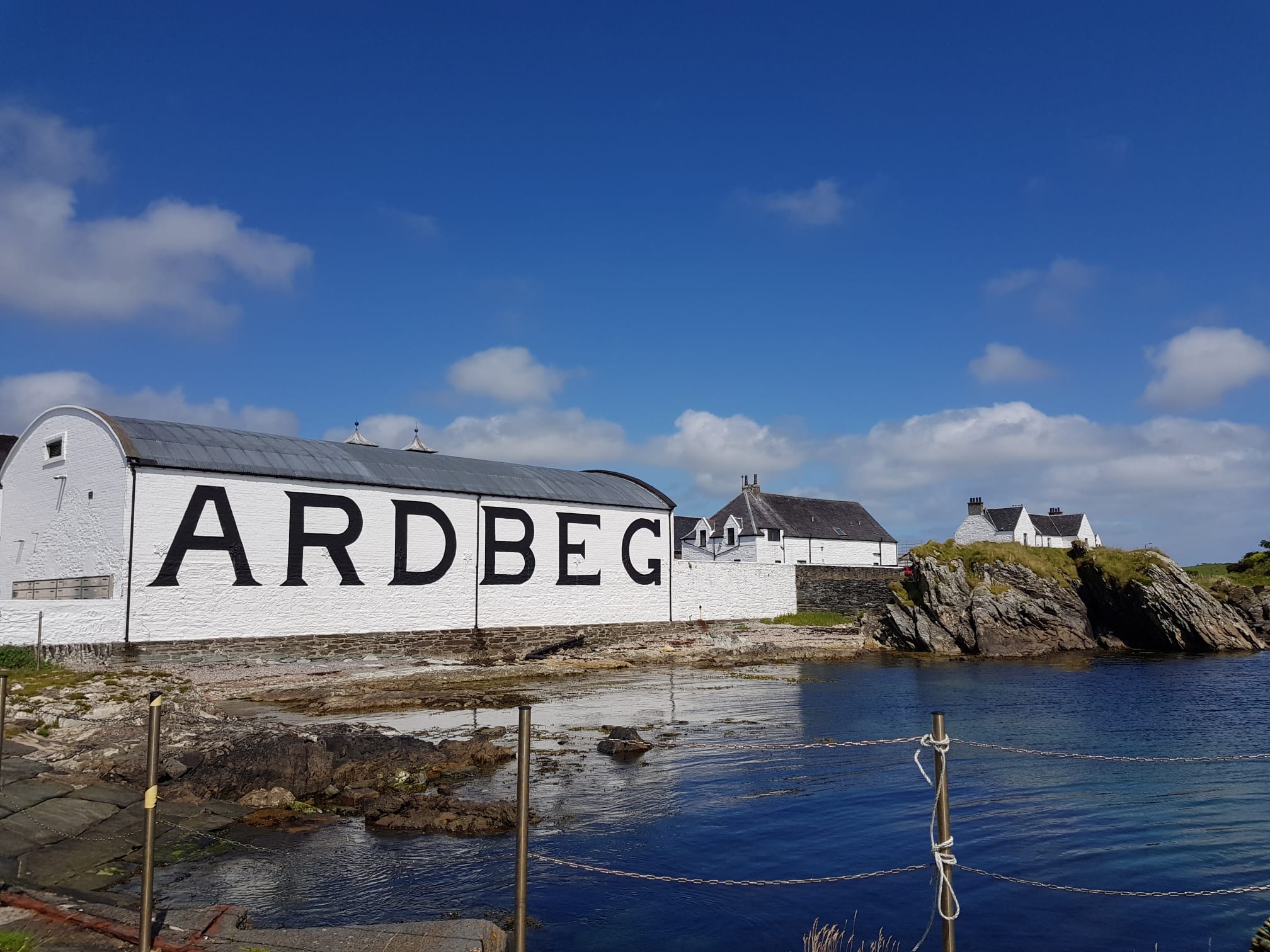 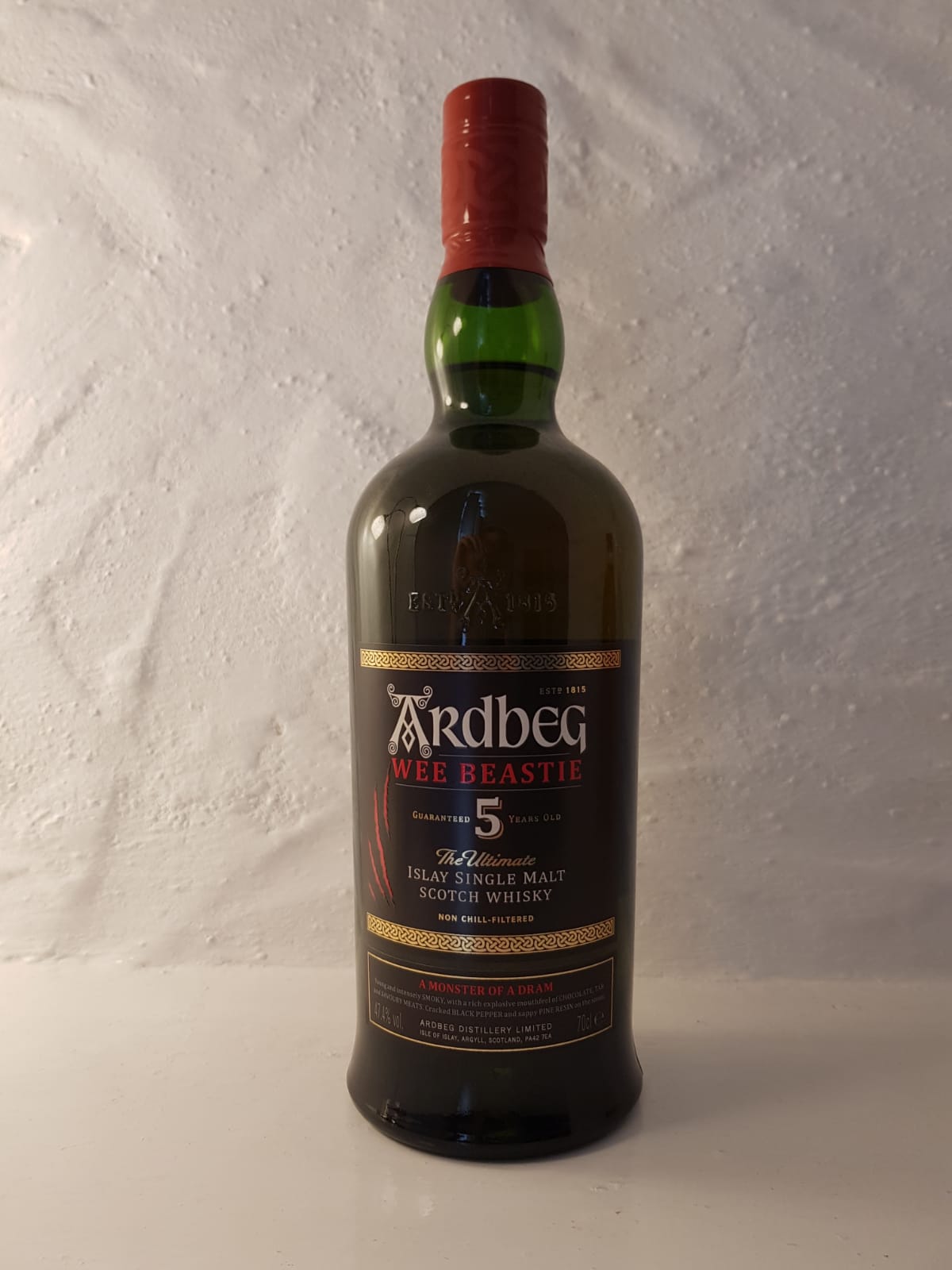 The lowlands aren't the most well-known whiskey, but will certainly be popular with those who love softer, sweeter more floral whiskey. There are few whiskey distilleries in the Scottish lowlands but they are the most accessible if you staying within the central belt.

If you're visiting Scotland, then chances are that you will be in Edinburgh. Well, just south of Edinburgh near the village of Pencaitland is the famous Gelnkinchie distillery.

It has been there since 1825, yet was only established as a distillery in 1881 (after it was converted into a sawmill in the 1850s). While the distillery has been producing whiskey for hundreds of years, it was not until 1989 that the Glenkinchie whiskey was made popular by 'United Distillers'

The lowlands is known for lighter flavours, softer body and more mellow profiles. The Glenkinchie is no exception.

The distillery can be easily visited while staying in Edinburgh (worth a day trip) and there is a museum on site to spend your time between exploring the distillery itself and sampling some of the fine whiskey there. 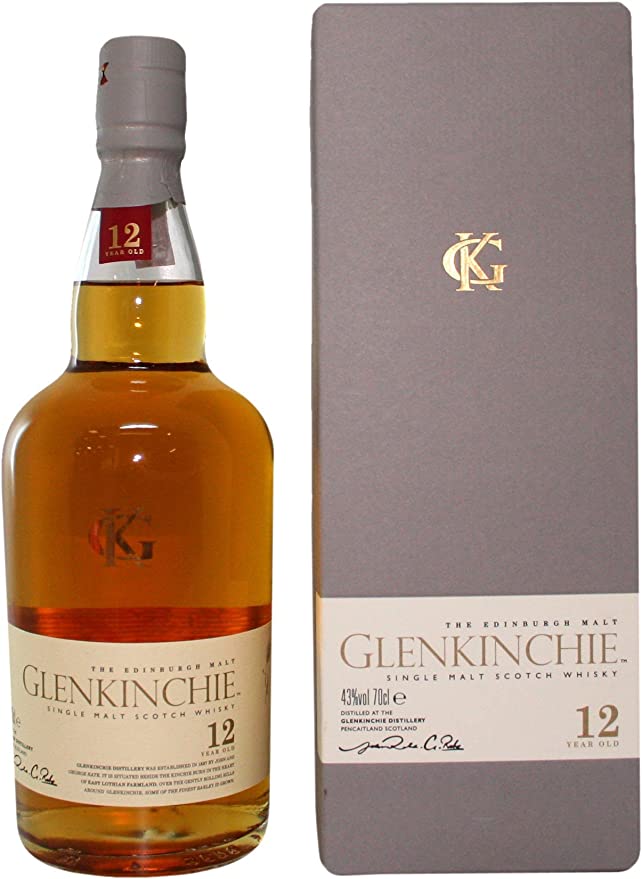 At the foot of Arthurs's Seat in the heart of Edinburgh, is the Holyrood distillery. The distillery is better known for its gin, but they also produce spectacular Whiskey here too.

If you're in the city of Edinburgh, then the distillery is a short walk from the town centre and even has an outdoor bar section where you can enjoy the Scottish summer rain.

Personally, I have never tried one of the Holyrood Whiskey but once I get a chance, I will make an extra special trip to try it. 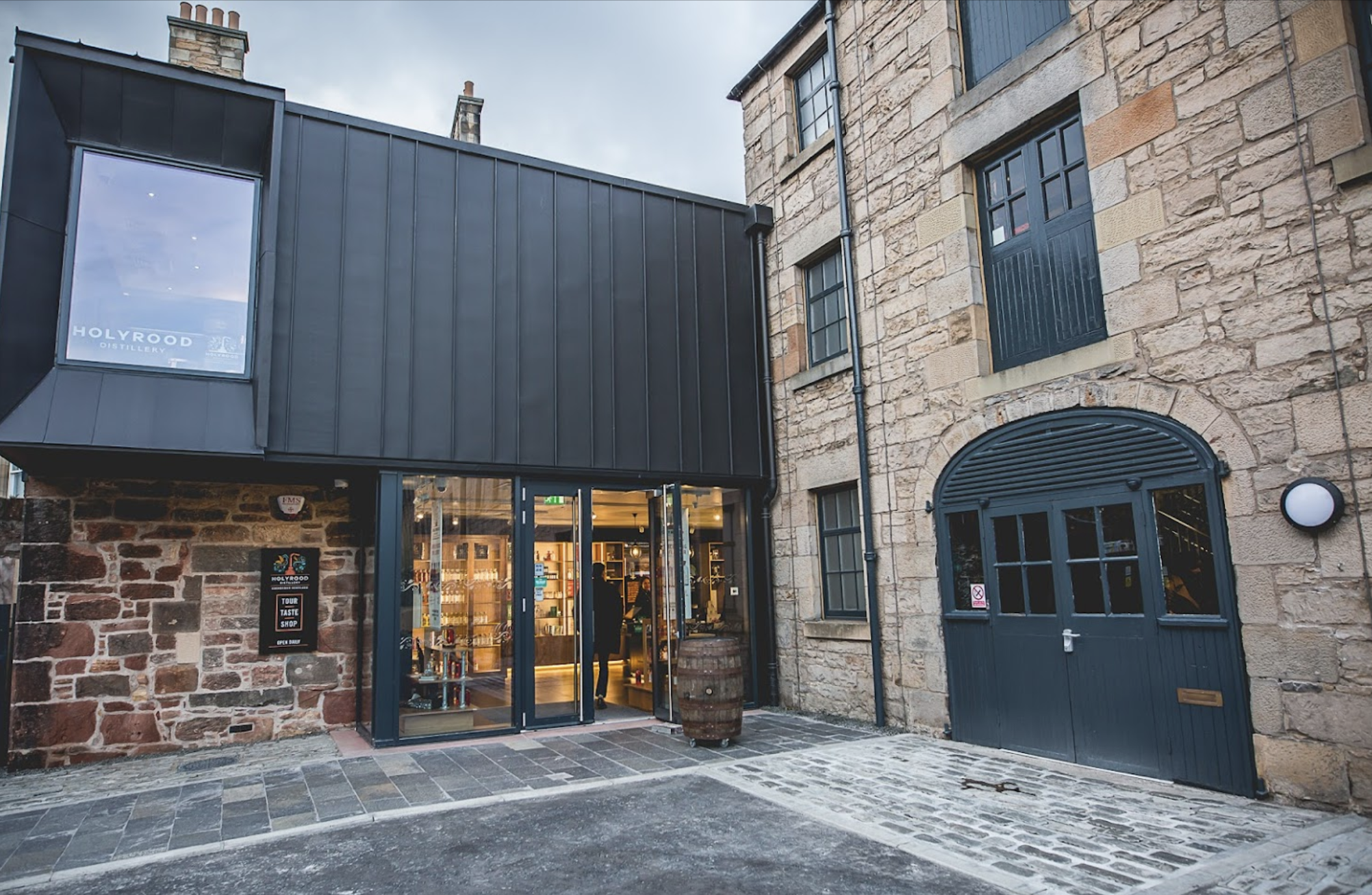 Speyside has a huge population of whiskey distilleries; over 50 at least.. and the number is counting. The Speyside whiskey is known for being sweet, floral and fruity. A lot of the whiskey from Speyside is very easy drinking for new and old whiskey drinkers.

The Livet valley can be found on the northern edge of the Cairngorms national park. When the distillery was established, the area was pretty lawless, a popular smuggling route and littered with illicit bothies (accidentally stumbled into a few of those).

In a break in tradition, and in a move that would cause war with the locals, the founders built the first legal distillery in Scotland.

A Glenlivet range of whiskey has expanded over the years, but what I remember is a smooth, flora and slightly sweet whiskey with a very refined finish. It was one of my personal favourites.

If you do visit the distillery, make sure to get the most expensive tour with the most tasting options possible. Otherwise, just put a tab out and work your way through the wall of whiskey! 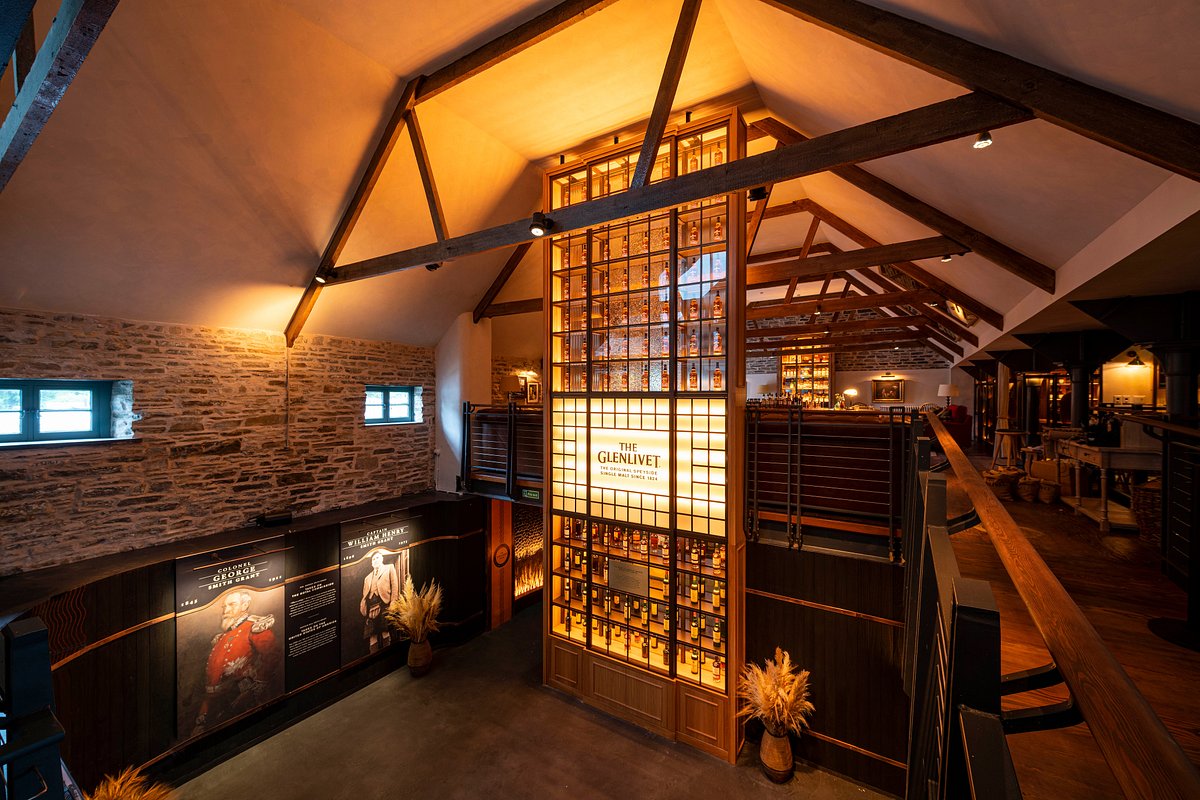 The earliest recorded batch of alcohol on the Morangie Farm was in 1703. It was not until the 1730's was a brewery born on the far, and not until 1843 until that brewery (that shared the Tarlogie Spring water source) was converted into a distillery- named Glenmorangie.

The Distillery is situated just outside of the town of Tain, which is part of the famous North Coast 500. It means the distillery is one of the most accessible to tourists in the area.

There are a number of tours and experiences that can be enjoyed on the premises where you can enjoy the sweet, delicate and fruity whiskey and soak up the history. 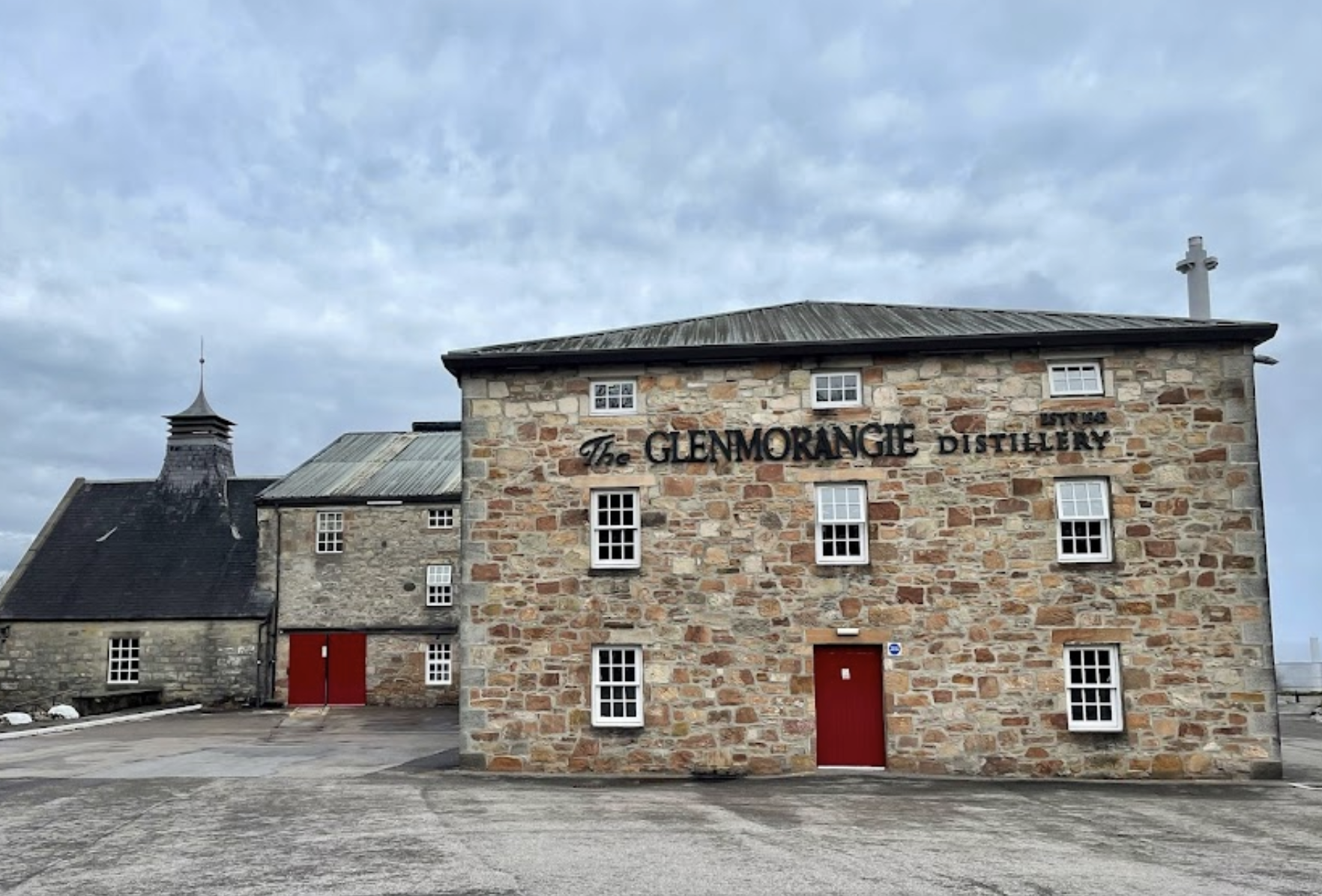 A long time ago, I visited the Dewars Distillery in the small highland village of Aberfeldy on a jaunt into the highlands. I even bought a whiskey glass I use to this very day.

Dewars was established in the late 1890s and is steeped in history, and at one time was the largest producer of Malt whiskey in Scotland. Today, the distillery is equipt with a museum, visitors centre and whiskey tasting bar. I'd recommend spending a little bit extra for all of the fresh cask whiskey tasting options; they are well worth it!

What makes the Aberfeldy whiskey stand out (other than it's sweet and smooth profile) is the fact that the freshwater spring used by the distillery (literally beside it) has tiny specs of gold in it. It is a good chance that your whiskey is laced with this precious metal! 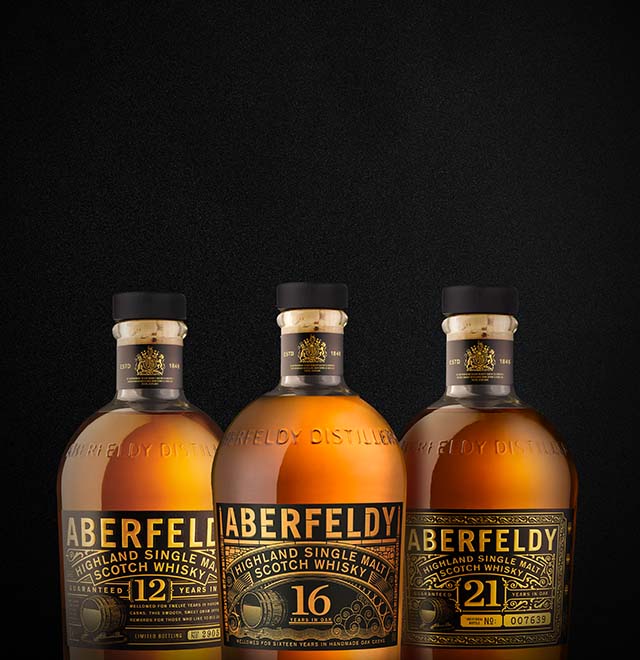 Oban is a very popular tourist destination on the west highland coast. It is also home to one of Scotland's smallest (and mightiest) distilleries.

Alcohol was first brewed on the site in 1793, and was held in the Stevenson family until 1830 when it was purchased by a local merchant. Things really took off in Oban with the laying of the railroad in 1880. The rest, as they say, is history.

The 14 year Oban Whiskey is a stand-out classic of the western Highlands and was named one of six classic malts that represented the region.

If you're in Oban, the distillery should be on your list of things to do.